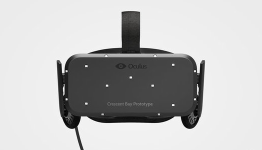 VRFocus - Oculus VR remains tight-lipped on the release date for a consumer version of its Oculus Rift virtual reality (VR) head-mounted display (HMD). The company has suggested the full release is finally nearing with the recent reveal of a new prototype dubbed Crescent Bay but is yet to confirm if it will even be launching next year. Now a VR developer has started fresh rumours of the anticipated date by posting a countdown to a proposed Oculus Rift release date on its official website.

I just ordered the dev kit. Can't wait to start implmentation. It would be nice to have an idea for a consumer release if I were want to prep something for the official product. Although their may be more revisions needed for a final product.