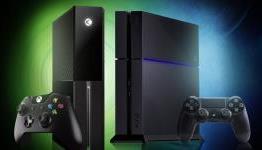 Console exclusive titles which are coming to PC

Gaming Worm Says: ''Recently we have discussed how rapidly PC Gaming is increasing. This rapid increase in PC Gaming haven't only attracted Gamers but it has also attracted Developers. That is why years old Console Exclusive games have now started coming to PC. Let's take a look on some important console exclusive games which are coming to PC.

waiting for all of them :D.

Waiting for Halo:CE, Halo 2 and Halo 3 to be announced for release on Steam.

And, who knows, Kojima has released games from the Metal Gear series on NES, PS1, PS2, Game Cube, Xbox 360, PS3, XBOX One and now PC with MGS5, maybe we could see the Metal Gear Solid Collection come to PC also. An MGS4 release on Steam would be just as big of an announcement as Halo 3....you never know.

MGS4 would be huge to download on the PC.

Immediately for your information GPA started on the pc and has always had a Pc release.

if the news about windows 10 is true , then all of PC games are coming to X1 xD

GTA was always coming to PC, but Rockstar wants to milk the consoles for everything first. Double dipping with the last gen, and now current gen + PC.

I would bet my bottom dollar that the GTA V PC port is terrible and borderline unplayable on release just like GTA IV despite all that extra time they are taking to apparently make the PC version better.

Hard to say, they're porting the PS4/Xone version to the PC which uses X86 instead of the 360/PS3 PowerPC/Cell architecture. We don't even know how the performance on the PS4/Xone is, it could still have the same unstable framerate like the last gen versions but with better graphics.

I think he was talking about PC exclusives. It seems that PC gamers are far more interested in 3rd party games than anything else.

GamingTruth- Not really. Tee-bag accurately described the attitude that most PC gamers have regarding games. We really don't care if other systems get a game and for the most part, we could care less about exclusives just as long as the game is developed with PC as the lead platform since it's far better to create the version with the highest textures and feature set and then make reductions as needed for the console versions. Having to come back in after finishing a game in order to add higher resolution textures, better shadow mapping, and lighting effects is counterproductive and requires way too much additional work to accomplish.

The whole mentality that some console gamers have regarding exclusives reminds me of a spoiled little kid who wants all the toys for himself and instead of playing with them he spends all his time trying to prevent anyone else from having fun.

@AndrewLB:
Stop crying, exclusive games are awesome and they are the real runners for the best game, if your platform doesn't have exclusive titles, that's your problem.

hows that rdr going on, pc?

great time to own a pc right now.

It always is. But some exclusives like Beyond Two Souls, The Last of Us which are not coming to PC are attractive :D. But still PC get much better stuff. (No offense for consoles)

The Best Selling Xbox 360 Games of all Time