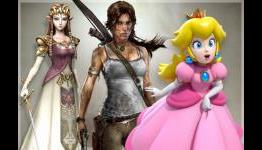 Over the past few weeks, the video game community has erupted into a full-blown culture war. On one side are the gaming journalists and developers, circling the wagons around feminist activist Anita Sarkeesian and feminist game developer Zoe Quinn, and on the other side are legions of self-proclaimed “gamers,” outraged that the games they love are being criticized

I want the everyone to be treated like human beings, but that won't happen in my life time.

We are now posting "articles" from Salon... A website that's known to house racist, sexist feminazis that can't think for themselves.

Nintendo lists The Legend of Zelda: Tears of the Kingdom for $70