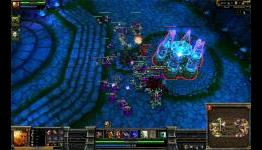 The history of MOBAS: From mod to sensation

Here’s how a StarCraft mod helped to shape the future of gaming.

Adhttps://n4g.com/General/Sponsored/arise
- Comments (7)+ Comments (7)
TopNewestOldest
Expand all
The story is too old to be commented.

I wonder if we're over the hump now or if this is the next Call of Duty.

I still haven't found a MOBA I can get into. Did LoL for awhile, but it was such a slow grind in terms of ranking up and getting money. DOTA 2 just scares me. Infinite Crisis was alright, but I lost interest in it pretty quickly.

Why does Dota 2 scare you? Just wondering because imo its a fairly accessible game especially if you get some friends together to play with you. Also if you are just scared of sucking dont be, just have fun and ignore those who flame because if they are flaming then they probably suck too and are just trying to blame you for any of their mistakes. So just download it AND HAVE FUN!

Great article it is nice that someone documented the history of MOBA's.

"From mod to sensation" to over-saturation.

i dont like how all these companys are now trying to make mobas, the markets already been taken by lol and dota.

they should come up with something new instead of just copying.

I actually enjoyed several other W3 MOBA mods more than DotA but it was always a sure thing when looking for a game. Most others never filled up or took forever unfortunately.

I actually bought Demigod as well but its initial price and sadly lacking hero count did little god for it but it played and looked great--although I usually just played offline against bots. It isn't the best but I play it now again as I like some of the heroes even if it has a small pool to choose from.

I took a break though but play DotA 2 now and again nowadays. I still enjoy Mobas but usually as a filler instead of a priority (W3 is probably my most played game due to mods... Second possibly to an MMO or 2).

Patch 12.10 for League of Legends and Teamfight Tactics announced