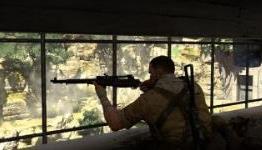 Rebellion recently released Sniper Elite 3's second installment in its "Save Churchill" DLC campaign, "Belly of the Beast". Players will currently find it available on Steam, but will soon be arriving on consoles as well.

Continuing the story from the first portion of the DLC, "Belly of the Beast" contains a brand new single-player and co-op mission for Sniper Elite 3. One thing is for sure: it's as explosive and epic as ever.

Adhttps://store.steampowered.com/app/1488200/Symphony_of_War_The_Nephilim_Saga/?utm_source=n4g&utm_medium=native&utm_campaign=sow_n4g_native&utm_content=png
- Comments (1)+ Comments (1)
TopNewestOldest
The story is too old to be commented.
3075d ago

TheXboxHub’s Xbox One Indie Games of the Year 2017