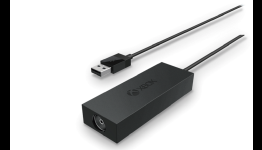 Gamespot writes - Microsoft will release a digital TV tuner adapter for the Xbox One this year in Europe in a bid to expand the system's live TV features to more markets. Set to launch this October in France, Italy, Germany, Spain, and the UK, the adapter will plug into a USB port, allowing users to bypass a cable or satellite set-top box connected through the HDMI-In port.

This and now tv combo for me :)

You dont have to force yourself into liking everything xbox related.

is that the coaxial conection ? they should release this adapter for FTA Channels

That's a great idea. I had play TV for a few years and it worked really well and giving the options to xbox one users too is a great idea. Using this to watch record tv ect as well as having access to NowTV, Netflix ect really makes the xbox one the centre of the living room.
Its not a must buy item but a great option to have.

Pleased with this as my Freeview tuner is built into my TV.

How to Unlock The True Ending in 'Persona 4 Golden'

Afeera Comes To For Honor