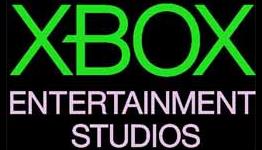 Why Did Microsoft Corporation Shut Down Its Xbox Entertainment Studios?

Microsoft Corporation last week announced that it would shut down its Xbox Entertainment Studios, which has been involved in several movie and TV productions. Why did the software giant abandon its original content video strategy? Well, Microsoft Corporation CEO Satya Nadella seems to have realized that the Xbox is a gaming device at its heart.

Because it's the beginning of the end for the Xbox division. Microsoft stock value went up $5 that very same day! This is what shareholders always said, without Xbox, Microsoft would've been doing a lot better. Like some of them say, Xbox more of a headache for Microsoft than anything else!

Did you even read the article? Dude,Nadella shut down a tv studio which was yet to kick off, had no popular shows out& no huge following yet. They did this to better realign the xbx division and put more focus on games and you say. “Its the beginning of the end for xbox”? Wth? Did you read Phils letter to the XES team or nadellas letter? Did you say the same thing when sony recently had to take the necessary steps to better reallign their company?

MS stock rose afer cutting 18,000 jobs& about 75% of those affected where Nokia staff and so you know XES has just about 200 staff so how do you relate MS stock rising to just the closure of XES? Dude Xbox aint going anywhere anytime soon..

I honestly don't know how on earth they thought this would be a good idea to begin with.

They have no history in the entertainment business (in this case film, tv series, etc...), it takes a huge financial backing to support something like this getting off the ground, they had absolutely nothing prepared for launch, the XBO reveal only featured a future Halo series instead of showing multiple series that were in the making, unless it was backwards compatible with 360 then they were starting with an audience of ZERO (although I'm sure they expected XBO to be doing a lot better than it is), and finally they were going to be a brand new power in a medium filled with Heavy Hitters who have already proven themselves and who are taking up many major indie contracts such as Netflix, hulu, Amazon, etc...

This had trouble written all over it from the get go IMO, and sure enough I was proven right once again. Do not launch or speak of something if you don't have the actual product ready to go right there or at least within the year.

If anything this should have had Sony written all over, because they have a 30 year history in the Entertainment Industry, they have a large catalog of movies and TV shows they can use, they already have the crew, writers, directors, etc... on board, and overall it just made more sense.

The division was cut, not the prodict line. They basically cut out the overhead which didn't seem to be able to line anything substatial up anyway. The Halo projects are still under way and will be released.

Perception is everything. Some gamers have been flamming Microsoft for having the vision to do entertainment and games. It's not a new concept and something that has been going on for quite some time. Sony made a deal with Viacom for their own subscription TV model that is yet to be released. If anything Sony has been much more active in their media plans which is a natural direction to go since they have the music labels and tv/movie studios. For what ever reason, gamers have crucified Microsoft and rallied behind Sony over entertainment. With the PS3 it did games and more. Microsoft mentions media and they are no longer focused.

It's a shame because Microsoft has been trying to please the people and media machine that simply wants them out of gaming. They have reacted and based their decisions on those with no intent on buying an Xbox instead of following their initial plans. Listening to the wrong people is what will kill the brand and Microsoft has been doing it since launch.

"They did this to better realign the xbx division and put more focus on games and you say."

No they didn't. Microsoft wanted to get into entertainment. The used the name XBxx-TV to give what would otherwise be an unproven franchise producer, some name recognition.

The Xbox reveal wasn't intended to be about just the console and thats why Nancy Tellem (who was graciously allowed to keep her job last week) introduced the new Division; she was trying to sell a legitimate production studio.

You see, it costs millions of dollars an episode to create some of the most popular shows today. Studios don't mind this cost because they can make bank in two different ways:

1. Attract advertisers to pay to air with your content.
2. Attract and collect subscription fees from cable companies. HBO does this.

So, the first thing to do is to see if you can attract advertisers by showing them your content and signing ad deals.

Back in April, Microsoft attended Newfront in a bid to pitch their content:

“We’d absolutely create something with them,” said Paul Furia, group director at LiquidThread, Starcom’s branded entertainment division. “Our brands are looking for new platforms and Xbox presents another window into the living room.”

So, it seemed to be going well. In the end, I think they closed because they couldn't attract the funding necessary to legitimize spending on production. It had nothing to do with making games, it was about their inability to make the money they wanted from ads.

Xbox TV was not a division of Xbox. Microsoft never insinuated it was. The advertising was aimed at the same group, but it was never integral to gaming.

The vast majority of those layoffs had nothing to do with Xbox.

Think its not solely a decision based on internal workings of the studio, but also an adjustment in strategy for media support on xb1. The strategy of Microsoft trying to 'steal tv dollars' might not work well in combination with them trying to work together with different television providers;in order to get support for integration with their console (hdmi-in tv stuff etc).

Does make you wonder how the division would fair if it was left to fend for itself & not topped up by microsoft coffers..

I think you could say they would be on a tighter budget than Sony & all these 3rd party exclusives/DLC would disappear instantly.

And of course, Baghdad Larry would rot in the fiery depths Mount Doom where he belongs!

Are you talking about the canceled TV part, or the whole of Xbox division?

Because between looking at how the first Xbox only sold at a loss, the 360 had its RRoD issues plus all the money spent on limited exclusive content which could have funded dozens of full games, the answer should be obvious.

Who exactly is Baghdad Larry?

Microsoft must of had their Weetabix that morning they made the right decision in my opinion just a shame it took so long for Microsoft to realise most gamers want a games console and not an all in one hub for your living room but better late than never hope they keep the changes coming they've improved XB1 a'lot since launch but there's more to do.

Because unlike Sony, MS hasn't made a stamp in the entertainment industry and it isn't on their current plans at the moment. That all it means.

Same reason Sony dropped laptops, it didn't align with their plans and it wasn't that great anyways.

wonder where the disagree came from.

anyway, i agree. i also find it very strange that sony hasnt been pushing tv stuff, maybe push it further like netflix.

Didn't they already say they shut it down because it was disorganized and they failed to close deals? There's your answer. Moving on.

Most likely because the new CEO has given his vision for the company. And producing TV shows isn't part of it.

Why? Because the group knew NOTHING about how to get things done in the TV/Movie industry, did not know how to interface with existing entertainment companies, and in some cases, didn't even know the "lingo"! This was a case of MS promoting internal people into positions that they had NO BUSINESS being in!

There are multiple reports out there documenting this division's utter incompetence. It should be no surprise to any who have been following them that this is the end result.

I'd blame the albatross status of Kinect. Once it was well and done as a forced accessory, probably with the intended use as a marketing research device than anything else advertised, the beginning and ongoing investment of the studio, the creation of ongoing content meant to get people using and watch XB1/Kentic, was only costly liability. So they killed it before it had really taken off.

Wouldn't shareholders be happier if they got out of hardware and Bing and concentrated on on software and the cloud?

Not sure I agree with this opinion piece. Nadella made the choice. When you become the new head of MS you look at MS as a whole and start trimming things down to start planning for its future. As any new boss would do. Nadella wants to push its strengths and refocus MS where its strengths lie. He obviously feels that the entertainment side of XE was a risky choice. Personally I don't necessarily disagree with him. MS is a software and technology company at its roots. I am sure that the venture of having its own TV shows and movies is a pricey risk that Nadella feels is unnecessary. Hes the new boss. There are always going to be changes when a new head boss takes over a company. Its just the way it goes.

Edit:People keep turning this into another weakness in Xbox, when in actuality its more of an overall change for Microsoft as a company.

Xbox's TV division was ahead of its time, says ex-GM Shannon Loftis