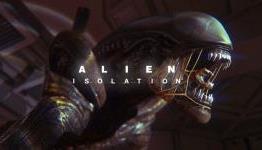 PS4 And Xbox One: 9 Ways To Improve Every Future Game

The newest generation of consoles has been making grand promises since early 2013, and – to the relief of early adopters everywhere – has largely kept to its word. Does PlayStation 4 have its heavily vaunted stop-resume feature? No, but as DualShockers reports, Sony Worldwide boss Shuhei Yoshida says it will come to the system soon enough. Has Microsoft fully fleshed out the Xbox One’s relationship with Twitch? No, but streaming and sharing content is constantly becoming easier thanks to frequent firmware updates.
They don’t have every last bell and whistle nor will they make you breakfast in the morning, but PS4 and XOne are shaping up to be the biggest and best consoles have ever offered. From a platform perspective, things have never been better. From a game perspective? Well, that’s more debatable.

9. Players save when they want. (game dependent)
8. No mandatory cut scenes. (Welcome if you keep failing)
7. Tame the budget. (Don't agree, if a game needs more money to be better, do it)
6. Remove the paywalls. (Always nice, but micro-transactions are worse)
5. Build an experience, not visuals. (Do both)
4. Show it when its ready. (Agree)
3. Show why its next gen. (Agree)
2. Don't force online. (Shouldn't even have to mention it)
1. Don't sell core game as DLC. (DLC has become the scourge of the gaming industry)