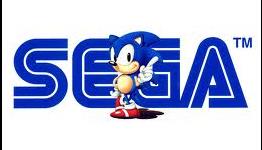 What may come as a blow to retro enthusiasts, SEGA have revealed that they currently do not have plans to support the Virtual Console service on the Wii U.

No big loss, Sega's ports on the PS3 are pretty bad. To me it seems like they're running the original ROM through an emulator, as the games aren't as responsive as the original carts. Sonic 2 is easily noticeable with this and its split second jumps.

Nope, just don't like the fact they were lazy ports :)

I struggle with the ps3 version of sonic 2 yet can plug in my megadrive and do the jumps far far easier, its noticeably more responsive :)

And exactly what does that has to do with the Wii U's virtual console?

I mean you realize that the virtual console is an emulator right?

"And exactly what does that has to do with the Wii U's virtual console?

I mean you realize that the virtual console is an emulator right?"

Did you not read where I mentioned the input lag due to it running through an emulator? It was basically my whole comment SMH

You seem confused buddy, a port and a backup are not the same thing.

Sega doesn't have to port anything to the Wii U's virtual console because its using the original code and its being emulated on the Wii U.

Besides I haven't had any problems regarding input latency on the Virtual Console, why would Sega games be any different?

Sega is doing a good job... in japan -_-
I feel like Sega hates us people from outside japan.

Outside? Of Japan? Japan is all of the universe according to SEGA's behavior.

Sega in Japan is making a buckload on arcades. Japan is literally filled with Sega arcades. Sega don't really give a crap about much else.

Why sega? The Wii U already had a larger install base than the XBox One

How is that at all relevant?

Yeah but the problem isn't really about the actual size of the Wii U's fanbase. The Xbox One, while having a smaller fanbase, is still selling so much faster than the Wii U and will catch up shortly. On top of that, the attach rate on Wii U is very poor outside of Nintendo's own games, whereas on the Xbox One and PS4 the 3rd party attach rates are very, very high. So while Wii U has sold more systems, it's selling far less games. That low attach rate is why publishers are hesitant to release games for the Wii U.

I'm not sure I see how small scale digital downloads of old games are all that much of a financial risk. Sega has put out quite a few new exclusives for Wii U, including two Sonic games. Why not Virtual Console games?

This article makes it seem like there will be none on Wii U, however, Okunagi said introduce your hope to Sega West. Now, I may be mistaken but, this could mean that it's Sega West's job to do the footwork on this and that we should be expressing our interest to them.

Maybe multiplatforms with WiiU release too, my two cent anyway

Not surprised at all.

↑ learn how to speak English lol

Don't feel bad guys, it's current SEGA, they're making bonehead decisions all the time... *weeps for no more localized Yakuza and lack of Ferrari F355 Challenge on PS2 classics*