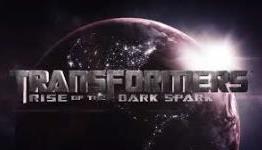 Dan Reintijes: If I had to summarize Transformers: Rise Of The Dark Spark in a few words, they would be confusing and disappointing. Developed by the team at Edge Of Reality, Rise Of The Dark Spark attempts to follow in the footsteps of the awesome Cybertron series, War Of Cybertron and Fall Of Cybertron by game developers High Moon Studios. This third entry in the series uses almost all of the assets and resources from those games, from character and weapon models to gameplay and combat, but with much less polish and fun.

Adhttps://store.steampowered.com/app/1488200/Symphony_of_War_The_Nephilim_Saga/?utm_source=n4g&utm_medium=native&utm_campaign=sow_n4g_native&utm_content=png
- Comments (0)+ Comments (0)
TopNewestOldest
The story is too old to be commented.
280°28

All Transformers Games on Xbox Marketplaces are Delisted

Happy Holidays from Edge of Reality