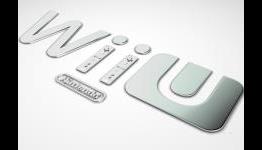 It's time to buy a Wii U, these are the games you need

Being a Wii U owner since launch has been tough. But the release of Mario Kart 8 seems to have jump started the console’s appeal and more and more people are learning to love the GamePad.

So if you’ve just bought a Wii U or are on the fence on whether to purchase one, these are the games that you simply can’t do without. They may not be the highest scoring games but they’re different enough and appeal to a wide enough audience that will make sure your Wii U can be the centre of attention, no matter who’s coming round.

I agree. I have one when it first launched and enjoying it. Also it's a good way to get my girlfriend into gamin with me so she doesn't feel like I ignore her.

None of the games I really want are out yet.

Im playing mostly AAA multiplats and JRPG genre games, WiiU pretty much has nothing of that, so my current best combo choice is PC+PS3(PS4 in years to come).
As far as trend goes it doesnt look like software wise things would change considerably on Nintendo front.
I have been totally hyped about Xenoblade Chronicles X, but just one game cannot justify purchase of the console.

imo
non of nintendo games are appealing to me at the moment. what would get me off the fence would be Metal Slug, Contra,Einhander, R-type,Gradius,Gun starhero, Battle toad,Battle arena toshinden etc.... nintendo can't live off Donky kong,zelda,Metroid,Mario, pikmen,Luigi forever . 6 games for entire generation REALLY??? a beautiful side scrolling space shooter would pop .or more run an gun shooters

My wallet is crying right now, but I'm still happy over the increase in great games, and the good news is that a select few of them are going to be this year instead of next.

My one regret is that Xenoblade X isn't one of the ones due out this year, but I can live with that...

They need to re-release the 1st game for the WiiU. It is so hard to find...

Another two for one would be super sweet for the folks that missed it the first time around!!! One of the most amazing Wii games by a long shot I've read here of some people calling Xenoblade One the best jrpg of the last ten years!!!!

They're the same games every gen.

Uncharted says hi, you bloody hypocrite, as does CoD, Assassin's Creed, and plenty of the other third party games that are just more of the same cover shooters, blood&gore fests, and shallow graphics-whore-catering cut-scene reels that you'll no doubt be ignorantly salivating over.

Uncharted's only been around for one generation. Same with Assassin's Creed.

Then you toss out the same sort of generalizations you're attacking him over.

Seems you're just as salty.

It's been around one generation.
And what number game is it on now?
4?
Same with Assassin's Creed.
Don't even try to tell me you think third parties are innocent of that; if you're going to start crying "it's too milked!" then you need to take into account all the people doing it.

Also, I used the generalizations he used, because that's all hypocritical trolls freaking understand. It's how they communicate. And they're the most hypocritical and ridiculous statements that can be made, so they have to be called out.

Hahaha Spotie, way to shot your own leg^^

They've been out 1 generation, let us have a look at how many CoD you could get on Xbox 360, shall we?

How many are these? 9 Games, on one console? Talk about milking Nintendo franchises, that get like one game per console generation^^ How dumb is that? Same goes for Assassins Creed. Around for 1 Generation, but get a new one every year or like this year, even two sequels^^

How can people be so ignorant, play CoD and act like Nintendo is all of the same over and over again^^

Nintendos franchises might stay the same, but they always offer big improvements and mostly with success, I dont know another company, that can do that.

That argument has been beaten to death, come up with some new content to toll about.

Nintendo knows how to use their characters without over-milking them. Why do you think they have lasted so long? Also, they change things up all of the time with new gameplay mechanics that are actually "new".

I remember Mr. Miyamoto saying that new Mario games are based on the release of new hardware. In My opinion that's how Nintendo has kept all these great chracters so fresh! I love Call of Duty with all of my heart but when the new one was teased I wrote on this site Activision you turned COD into Halo f*** you. They should be going bacward in time not forwards. I also wrote on this site that they should rerelease Blops 1 on the Wii U with all the dlc on disc and call it Call of Duty Blackest Ops . Pimp it hard at e3 maybe get some Nintendo fans back onboard maybe even have a hit! The game is already made just put a Wii U sticker on it!!!! Serve up a couple new guns and a couple new map's and get that dlc money!!!!! There's still a couple thousand gamers still playing Black Ops on the Wii. Maybe you guys could even to a cool bundle! I've also said on this site that Activision should basically release one Call of Duty a generation throw in a few maps a few guns a few new skins to keep it interesting and you just might find some gamers will look forward to a new iteration of Call of Duty instead of... dreading it.

Please, go play mobas and stay away from real games.

Glad to see ZombiU on that list, such a fantastic game.

I bought a Wii U earlier this week on the strength of Nintendo's E3 digital briefing. I always wait at least a year before buying Nintendo's home consoles - sometimes several years - but the presentation gave me the little push to make the jump. I bought the Mario bundle, and I've been pleasantly surprised at how great the gamepad is. Being able to control the TV from the gamepad? Fantastic. :)

I'll be joining the club this holiday ! Can't wait.

My GF got her Wii U today and she's mostly a hardcore PC gamer. This system seems to really suit her as it does me from a gaming perspective. Yes, Nintendo is always about family friendly gaming, but the Wii U is indeed the most core gamer home system Nintendo released since long ago...perhaps unintentionally.

I am also a proud owner of a Zelda WW Deluxe system. There's games I've yet to buy that I want to play.

The Wonderful 101 is one of the most criminally underrated games so far this gen. Brilliant game, unlike anything else ive played.

Getting one when Bayonetta 2 comes out.

I was originally going to get a PS4 first but the Digital event helped me out with my choice.

Yeah, at the moment, that's what I'd say is the best Wii U game released so far. Retro Studios are masters of dynamic level design.

I'm really happy with my used Wii U purchase but I don't have enough money to buy
anything more than The Wind Waker HD and few more Virtual Console games.
But even at this state I'm loving my Wii U already!

Buy mario kart get a free game not sure if the deal has expired yet definitely worth looking into ;)

Nintendo would love you more in return if you'd actually bought the console new. Instead profit on the console sale has gone to the retailer alone.

I'm outside of their market region so my unit had already counted as a unit sold not by my purchase but the importer did that work for me.
And Wii U is considered a niche console here so it actually costed as much as PS4.
I have to buy used in order to get the reasonable priced Wii U,new units are overpriced here.

I would place Wonderful 101 and Donkey Kong Country: Tropical Freeze over Zombi U and Nintendo Land.

Considering that the Gamecube was once only £40 new, I'm afraid it's set a precedent for me as to what I want to pay.
I wouldn't pay for more then £150 new for a Nintendo console including a top game- which is what I paid for Gamecube at launch. Obviously the WiiU is technically better but I still doubt I'd get as much fun as I did with the Gamecube. Maybe that's because times have changed a bit though and so have I.

last gen there were 4 masterpieces XENOBLADE, DEUS EX, GALAXY, DARKSIDERS 2 thats it! two of those were nintendo exclusive!

sure there were a lot of good games but most were forgettable. im just tired of the same claims against nintendo. the truth is nintendo is the old vinyl shop that the purest prefer over itunes. theyre the only company with the balls to try things and stand behind their choices (unlike MS with kinect).

when i play a game no matter what genre i have to feel it. i played so many games last gen that sure they looked good and the gameplay was solid but the game lacked soul....it had no charm or lasting effect and that pretty much sums up most of the games that got all the hype last gen. dont talk to me about graphics or sales numbers ive played these games the gaming media and gamers praise...uncharted overrated....mass effect overrated...gears of war overrated...meanwhile gems like starhawk and little kings story get no love

Xenoblade is probably my most favorite game of the past 15 years. Having high hopes for the new one.

Deus Ex HR? Well I think it should be self explanatory what I think about the Deus Ex franchise XD

you have great taste sir!

PS3+PSV+PS4+PC+ANDROID is enough for me XD

Agree 0Disagree 0
▼✖-+
SPAMInappropriate
Show all comments (40)
The story is too old to be commented.
50°