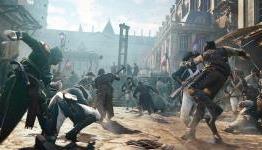 The future of all Ubisoft titles will revolve around the ability for fans to instantly switch between solo play and co-op in all of their upcoming titles. Putting this idea to test, the developer’s big releases for 2014 will embrace this mantra as both Far Cry 4 and Assassin’s Creed Unity will launch with full cooperation multiplayer support. Ubisoft CEO Yves Guillemot stressed that focusing on seamless co-op elements to their games will be one of the developer’s objectives in their future releases.

Ubisoft doesn’t plan to make seamless co-op support becomes just a temporary addition to their game lineup either. Guillemot revealed that the developer’s long term goal is to continually increase player’s exposure to gaming experiences that allow them to effortlessly switch between either single player or co-op game modes in the years to come.