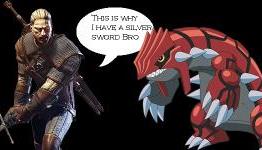 State of the Game: JRPG’s versus the rest of the world

G3AR: "With games like The Witcher 3 and Dragon Age: Inquisition, among many others, on the way, RPG’s look to be in fighting form and represent one of the more successful genres at the moment. Moreover, series like Mass Effect, Diablo and The Elder Scrolls seem to cement that notion. However, that hasn’t seemed to translate into success for JRPG’s in general, and it would certainly seem like JRPG’s have lost a lot of traction. Obviously, there are exceptions, and the upcoming Xenoblade Chronicles as well as The Legend of Zelda Wii U look to stand as the next examples of that.

What do you think, then, Western developers are doing right that the Japanese are doing wrong? Is it, perhaps, a choice of focus, a point of polish and refinement, an aesthetic approach or something technologically inclined; why is one flourishing while the stumbles?"

Adhttps://store.steampowered.com/app/1488200/Symphony_of_War_The_Nephilim_Saga/?utm_source=n4g&utm_medium=native&utm_campaign=sow_n4g_native&utm_content=png
- Comments (1)+ Comments (1)
TopNewestOldest
The story is too old to be commented.
3134d ago

The Callisto Protocol Gets New Hardcore Mode in Free Update