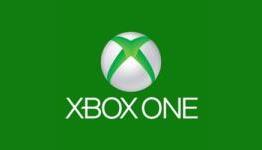 Microsoft's CEO responds to concerns he might spin off the company's games division, doubling down on Microsoft's commitment to Xbox gaming.

They said mobile and cloud. Not really sure why they bother with mobile, but the cloud apps are really nice and convenient... especially if you have a small infrastructure or can't invest thousands in office licences. I am really surprised that Microsoft hasn't been pushing a Wyse client esque setup where the administrator, apps and all services are cloud based and all the terminals are about the size of a novel.

Kim Kardashian's garbage game is worth like 200m after about a week on the market. It was probably made by interns; at least it looks as if it was. Therein lies the appeal of mobile: enormous profits, minimal investment and risk. Sure, lots of shovelware (and decent games on iOS and Android) fail, but really its far, far cheaper and less risky than any console game ever could be to develop.

Edit: On the plus side, I don't see why gamers are scared of this. Does anyone actually think we'll see another Vita? I adore mine, but I can admit that its library is destined right for PS Now and tablets. Also, once the big players (Sony, MS), start entering the mobile market we'll have more quality games, and more of a push for secondary controllers to these devices; to these billions (surely, its billions now) of gaming-ready devices.

You can't expect any sensible publisher to ignore that.

I think I am going to be sick. But yes you have a great point.

This is why they were treating the Xbox One as a mobile device since the announcement. To bring all that DRM and take it even further with ads, etc just like a phone. And remember their "everyone is already connected with their phones all the time" comments? Then we have the NSA thing going on and we already how they collect data and spy on you there...

"It could have a big impact on pricing," he added. AdAge agrees: "If even a fraction of likely Xbox One users could be persuaded to share data, the technology could create the world's largest panel for measuring biometric responses to advertising."

You do the math ladies and gentlemen!

Man, I can't believe what MS was trying to turn a home console gaming into.Big mistake Microsoft, big mistake. Make an Xbox Portable then but go easy with your DRM.

This is his overall goal.

“We will continue to innovate and grow our fan base with Xbox while also creating additive business value for Microsoft.”

"additive buissness value" so mobile will play a role but has nothing to do with Xbox. severely Mis-informed title.

This his statement regarding Xbox

btw this has already been submitted this needs to taken down.

Nice try though Next thanks for the entertainment. Nice try taking one thing out of his quote making a big headline with a misleading title.

did next level write this ?

"The single biggest digital life category, measured in both time and money spent, in a mobile-first world is gaming. We are fortunate to have Xbox in our family to go after this opportunity with unique and bold innovation."

In that quote they state they will use Xbox to go after Mobile Gaming, but I don't think they will ditch the console in favour of mobile but I can see how it could be interpreted that way.

Please enlighten me somebody, is this relatively good or relatively bad (for gaming)?

Its not relevant to anything.

There's already an app for that, it's called SmartGlass.

He didn't say that Xbox would be going mobile..

He said ms would be focused on cloud and mobile.. Ms has many more products and services then simply Xbox..

Tho he did say they were going to vigorously support Xbox and gamers.. Believing Xbox benefits the rest of the company

Nadella never said anything like that. Someone didn't take time to read and understand nadellas letter. He has been mis-quoted badly..I wonder who submited this article. Oh my bad. I understand now.

Exactly. I can't believe the click bait articles that get approved on this site.

That is misquoted. Also a horrible title.

"we’re in the “infant stages” of a mobile-first world, saying that in the coming years, we’ll see significant category growth in mobile experiences “that span a variety of devices of all screen sizes"

Which is a true statement. Mobile gaming is growing rapidly and MS doesn't want to be behind.

"The single biggest digital life category, measured in both time and money spent, in a mobile-first world is gaming."

And then goes on to say:

"We Will 'Vigorously Innovate and Delight Gamers with Xbox'"

Nothing in his statement even suggested that. Also why is that even an issue. You can now buy games under the Xbox moniker on mobile already. Xbox is a brand now.

He is dedicated to keeping Xbox and will expand it. So people don't overreact as you tend to do.

He also said a lot more things, but ofcourse that is for other Clickbait articles like:"Microsoft CEO admits Xbox is underpowered POS by adding GPU's to the cloud in desperate attempt to save it".

If you read long enough, you can also paste that one together from the man's email.

Jup this one ranks right up there with the Misquote from the Sony CEO where he said something else and corrected himself, but gaming journalists of course wend with the insult to Phill Spencer.

Gaming Journalism, a shower of bastards!

Yup, I agree people need to quit overreacting (trolling) just like when fanboys flooded the Sony article yesterday over the headline 'The future of PS4 is centred around VR, Streaming and Wearable Devices'.

I Read this MS article and saw what was actually written, not what I wanted to see or take out of context. Simple Spam Parrots.

Every major change at Microsoft the future of the XBox is questioned. The market is enough outside Microsoft's domain, that it constantly going to be "that other thing we're doing." MS committed to 3 generations...looks from the article he is committed to more. But the board will have the ultimate say...

waits for sites to run with this and bash MS,oh wait its happening now

He literally didn't say any of this. He said they're restructuring their business from all hardware integration to mobile and cloud. No where did he say the Xbox brand will be mobile. He simply reiterated that devices like the surface, mobile WP phones, and Xbox will not be terminated and will continue being their own thing

Halo coming to ipad, wow count me out!

Nope. Surface exclusive. Only 3 people will be able to play it ;)

or even want to lol

Regardless of the title of this article... I was happy to see Nadella truly gets gaming is a very, very important part of the future from both a usage base but also innovation. I loved seeing him acknowledge the things the gaming division have brought about.

Nadella confirms his committment to the Xbox brand, and is quite rightly focusing on growing markets and emerging technologies for the future of Xbox business.

To those baiting after NextLevel. I'm not defending NextLevel, but this article exists whether NextLevel submits it or not. It only takes basic human intelligence (or reading the article) to uncover the facts!

As the saying goes 'Don't Shoot The Messenger'...even if you think there's an Agenda.

There is more to what Nadella is saying then this article's title...Looking ahead he is on the right track, although Balmer kept Microsoft lagging behind...

Xbox doesn't equal just a console. The Xbox brand is being developed as an ecosystem.

it's a good move to ditch the console and move to mobiles, look how many people have mobiles? it's infinite potential for Microsoft games

I definitely think this could happen in the future. Wearable tech such as Google glass, smartwatches etc. could blow up in a big way like smartphones and tablets. Consoles like the Playstation, Xbox and Wii might only be around for a few more generations. Sony, MS and Nintendo will have to adapt.

If gaming goes mobile ONLY, that will be the day I stop gaming. Mobile games are...cute at best, they are not heavily story based, they are simple and are good for about 10-15 minutes at a time. Casuals love handhelds/mobile games...and we know most casuals aren't keeping Sony, MS, and Nintendo rich...they buy only so many games per year. I read the article on yahoo and this is just click-bait!

i thought it was clear they are not spinning off xbox

No one said they were.

Its all uncertainty for core gamers at Redmond.

Where on God's green earth does it say anything, or suggest anything that the Xbox is going to be headed to a mobile form of gaming?! Did he copy and paste the letter Nadella sent out into word and just write something additional to fit his agenda? My nephew, who just turned 4, could easily read and comprehend that he said the Xbox is not going anywhere and is important to their company.

Maria truly has gone to the NextLevel!

Mobile? Lol. In what a backpack?

Maybe they will actually sell windows phones when they realize nobody likes windows 8 style for...well pretty much anything.