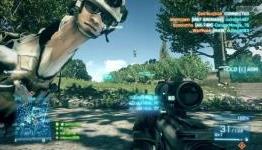 GamersNexus: "Raptr has just posted its Most Played PC Games for June 2014, and from the looks of it, EA’s first Origin “On the House” deal with Battlefield 3 was a huge success. The 2011 FPS jumped 30 spots on the list, resting now at #12. Raptr's latest research into the most-played PC titles of 2014 comes in the aftermath of the Steam Summer Sale, giving us unique insights as to how heavily sales impact gaming performance."

Adhttps://store.steampowered.com/app/1488200/Symphony_of_War_The_Nephilim_Saga/?utm_source=n4g&utm_medium=native&utm_campaign=sow_n4g_native&utm_content=png
- Comments (0)+ Comments (0)
TopNewestOldest
The story is too old to be commented.
100°22