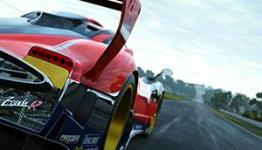 Check out PSU's hands-on impressions of the PS4 version of Project CARS.

Adhttps://www.releases.com/?utm_source=n4g&utm_medium=native&utm_campaign=c1
- Comments (9)+ Comments (9)
TopNewestOldest
The story is too old to be commented.

"With Gran Turismo creators Polyphony Digital eerily quiet thus far regarding the possibility of its flagship series joining PS4’s starting grid, the stage is set for a two-pronged battle this holiday season between that of Evolution Studios’ DriveClub and Project CARS. And with the former sprouting some frankly stunning weather effects just this week, the jury’s still out as to whether or not Project CARS can match it in the dynamic weather stakes. For gameplay, however, the Slightly Mad Studios-developed racer is certain to fair much better, with its concise combination of real-world handling and unparalleled tuning functionality allowing gamers to tailor the experience in whatever way they see fit, creating their own optimum racing simulator."

Project Cars>Drive Club unless you like arcade racers, ala NFS you know phony tracks and not upgradable cars.

Why not both? Uncharted>Tomb Raider, still played them both.

I'm buying both, but I definitely enjoy the mechanics of Driveclub much more than Project CARS. Project CARS feels like a sim, like Gran Turismo or Forza. Driveclub doesn't feel like a sim or an arcade racer. It feels different. A good different. I recommend playing both. I just prefer Driveclub's feel.

They both offer very different things, so why would you even compare them? As far as just general racing game excitement for me though, DriveClub takes the cake. Can't wait to play it.

ala NFS you know phony tracks and not upgradable cars.

Ala PGR4 also and you know, phony tracks and not upgradable cars.

I'm buying Driveclub and PCARS fors sure. I will enjoy in both games.

Some people like more than one kind of racer.

Arcade, sim, and more recently open world racers are different enough that they shouldn't be directly compared imo. It's easy to say "Project Cars>Drive Club unless you like arcade racers" but you're ignoring other factors, particularly the open world. Burnout Paradise was a great game, but I didn't have nearly as much fun with it as I did with one of the PS2 Burnouts. I'm just not into that open world style of racing game, so games like FH and PC are less interesting to me automatically. Other people will prefer open world. There are also gradations to how "arcade" a title is. You label DC as arcade, but is it the same style of handling as Ridge Racer? Not at all. DC is most accurately called an arcade/sim hybrid.

It seems that that DriveClub and Project CARS "competition" (on the PS4) can let us all know which genre the people prefer.

A simcade racing game or a simulation racing. It seems more likely that DriveClub will get more sales on the PS4, but pCARS has been given more time in the "limelight". Either way, I think it's obvious that DriveClub will get more sales even though pCARS will be more of the breakthrough racing game of this early generation. I hope so, but from what I've gathered through the very early membership of the pCARS game, I feel like it still won't deliver in the simulation physics.

Am buying this on the PS4 for the reason it supports Sony's VR-Morpheus which I'm really interested in acquiring later.

Why did EA Kill Project CARS?