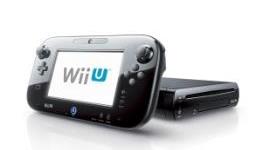 The Wii U is set to impress

The Wii U is the much maligned successor to the Wii and a console that was written off as dead long ago. Now the system seems poised to reverse its situation and become what is arguably the greatest comeback story in gaming.

Adhttps://store.steampowered.com/app/1488200/Symphony_of_War_The_Nephilim_Saga/?utm_source=n4g&utm_medium=native&utm_campaign=sow_n4g_native&utm_content=png
- Comments (50)+ Comments (50)
TopNewestOldest
Expand all
The story is too old to be commented.

Don't call it a comeback, it's been here for years.

It had doom and gloom articles daily... Media bias against the system

Sites like game trailers doctoring comparison footage to make the ps3 version seem worse... And being caught out on more than one occasion doing it.

And the ps3 did it

That is a comeback

Wii u hasn't had it as bad as that.

I don't see how "Wii U hasn't had it as bad as that". Nintendo was "doomed" since the original Wii ( hell even before that ). And to this day even with a good line up it's still getting flack from mostly everyone.

No matter how many good games Wii U will get it will always be bashed far worse than the PS4/X1.

ps3 want a comeback at all and the media didn't want it to fail so I disagree with your comment @ballsack.

media hated one wii even though it swept the industry.

Wii u has almost no 3rd party games. Gets 1 new game every 4 months. PS3 at its worse never got abandoned by 3rd party. Wii U will not see 30 million sold.

The PS3 was never hammered with doom and gloom articles. It got the least. The Wii got more doom, gloom and hate even when it was outselling the PS3/360 combined and you couldn't find it in stores.

Even in its worst times, people still praised Sony and the PS3. It was never hammered with hatred and hopes of it being doomed like the Wii U has been. Not even the Vita gets as much doom and gloom as the Wii U even though the Wii U is outselling.

I can remember it clearly with all of the articles about Nintendo needed to "scrap the system and start over" going all the way back to the Wii. That's what you call doom and gloom.

That's just the type of disdain the gaming media has for Nintendo. Even now, every good piece of news for Nintendo gets a spin put on it to make it look as negative is possible.

I see what you did there even if others didn't!! :o)

Love my Wii U

Me too, no regrets at all, and so many games will be released this year.

I never thought I would say this but I think I am going to get a Wii U. I hope more people buy one so that it will get more 3rd party support.

You will not regret it.

Same.. I'm going to get a wii u for zelda. Hope metroid comes to the system to

Most underrated game of this generation so far.

Thanks for the tip. I will pick it (ZombiU) up for sure!

I love the look of this game, but tried the demo and just couldn't get in to it. really disappointed me, as the theme and concept were awesome...

I've played and loved both games (Zombi U and Wonderful 101).

While Zombi U is definitely a much better game than a lot of people give it credit for, trust me... Wonderful 101 is way more underrated.

You can't judge properly any game with just a demo (although the W101 demo was actually pretty decent, but the full game of course is on another whole level).

Just got one and think i just played 7-8 straight hours of Mario Kart 8 with my bro. I am 17 and he is coming up on 21 and we still had a blast.

I am double your brothers age and smile when I play with the kids. They love the replays and using slomo. Hehe.

The WiiU is a great console. Nintendo always delivers solid value for money.

Frankly I have not missed any of the EA shovelware.

You shouldn't miss it cause it probably broken anyways :P.

It a great console with some faults, but its still the best option from a value and games standpoint in the 8th generation.

Plus, its a better secondary console than the PS4 or Xbox One is.

That's also it's weakness, that it's mainly a secondary console.
Take it as a main console and you will be waiting a lot for new titles to come out. I've learned my lesson owning a N64 and a Dreamcast. Thirdparty support is essential for me.

I've owned nothing but the wii u since launch and I've always had games to play on it.
Backwards compatibility and good indie games.

I never said its mainly a secondary console.

You said that. I said its a better secondary console than the PS4 and Xbox One.

If third party support is essential to you....great. But its not for everyone. Some people like quality first party titles like Smash Bros, Zelda, Bayonetta 2, ect.

For me, its my main console, and my PC can handle all the third party games I do want for cheaper than the PS4 and Xbox One.

I also have a PS3 and Xbox 360, but the Wii U gets more playtime than those systems now.

Its really up to each user.

In my 20s I had a ps2, Xbox and inherited a GameCube when my roommate moved out. In the end I had 3 consoles and a total of 5 games. Now that I bought a wii u for my kids I realized that I would rather have $400 worth of software than a second console.

My PS4 is my secondary console to my Wii U. Being married with kids I can really appreciate Nintendo's "everyone's" approach. It's in no way a knock to Sony or MS, but a lot of their content is geared towards single men, which isn't bad it's just a different demographic.

Same. WiiU gets the most play time in our household, PS4 comes in second, PS3 third then 3DS, and Vita last.

I'm highly looking forward to Bayonetta 2 and Xenoblade X.
The latter, especially, is starting to look like a really deep and fleshed-out RPG.
The storyline, what's been revealed so far, is absolutely awesome; two alien species start an intergalactic bitch fight right over Earth, and when we get caught in the cross-fire, we fight back, but to no avail; our planet gets turned to space dust as we try our hardest to flee to a distant star, away from the aliens who are fighting both us and each other.
The pods, massive semi-ovoid spheres that literally house entire expansive cities full of people, alongside dozens of escape pods, crash-land on an alien planet, with a pursuit force from at least one of the two alien races not far behind, intent on putting us down for good, for reasons that haven't been explained.
It's been hinted that there are other cities out there, and they've taken everything good about the first game's combat system and improved upon it with new classes, the ability to switch between ranged and melee combat, and even the option to create your character in the beginning of the game, with lots of detail thrown into it.

The art style is beautiful, the music is masterful, the scope of the world from just the demo is IMMENSE [scale-wise, you are literally smaller than the toe-nail of the biggest herbivore in the vicinity], and did I mention the mechs?
Yeah, you get mechs.
Mechs that transform into ground vehicles.[More than meets the eye?^_-]
Mechs that you hop into later in order to battle MOUNTAIN-SCALE enemies, or larger...

It's quite simply the kind of JRPG that you'd normally never expect on a Nintendo system, but there it is, and it's gorgeous, and I'm totally fan-gasming over it every single time I review the Treehouse preview videos from E3...

Also, wow...mere SECONDS after my post here, and already there's someone downvoting me.
Betcha it's the same stalker, and his buddies are likely to follow~~
Don't care, won't dampen my excitement for the game whatsoever.:P

mentioning Bayonetta and Xenoblade positivly in one sentence gets you an auto-agree from me.

Same can be said for every new entry in a familiar third party franchise that you're so looking forward to, you hypocrite.

What a lousy excuse!

The "Alternate Dimension" you speak of is a place with amazing and brilliant, fun and thrilling, some of the highest rated games in the industry. I'd much rather live in this dimension that the one you are living in.

Whatever. I just want to play Xenoblade.

Edit:
Well ok and Bayo. And Zelda. And Hyrule warriors. And samsh brothers.

I want a Wii U this holiday but I also want that white PS4 before it is gone... not only that but so many games to get. I guess if I skip the Wii U I will not have to add a bunch of games to my list to buy while if I got a PS4 there would be nothing for me to buy immediately except cheap sub $20 games that hardly interest me until Bloodborne

Agree 0Disagree 0
▼✖-+
SPAMInappropriate
Show all comments (50)
The story is too old to be commented.
50°