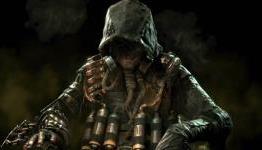 The Evolution of DLC – How Much Are We Willing to Pay?

We’ve come a long way from horse armor but with the rise of console exclusive DLC are we wading into dangerous waters? How long will gamers be happy with the idea of paying the same amount of cash for less game based on their consoles of choice?

I don't think anyone wants to pay $60 for a game and then $15 per DLC, but people do it anyways and that's why developers do it. I haven't purchased DLC since Call of Duty World at War.

DLC makes me spend LESS on games. Not more.

50-60 bucks is the absolute max I am willing to pay for a game, and I want the FULL experience for that. So when they announce post-release DLC, I simply decide I will wait until they release a complete edition, if ever. And IF I'm still interested in the game by then.

There have been many games I would have happily paid 50-60 bucks for on Day 1, but because there was DLC, I just waited a year orso, and paid maybe 20 bucks for a 'GOTY'. And in some cases I just couldn't be bothered anymore and didn't buy the game at all.

I vote with my wallet.

That's the only real way to vote, let your voice be heard and put your money where your mouth is.

Companies have been 'testing the waters' with price-models lately and we need to be careful about what we buy into.

Elder Scrolls Online is a fine example of this:
$60 pricetag? Check
Microtransactions? Check
$14.99 monthly subscription? Check (an additional $180 a year)
DLC? TBA (Probably in the form of expansion packs)

Either way though, if you buy the game brand new and play it for a year withought buying any additional content you'r e paying $240 ON ONE GAME WITH NO ADDITIONAL CONTENT.

If it's an actual expansion of the game, ie. New regions and areas to explore, new enemy types, new gear to find, not just something handed to you. Pretty much a whole new chunk of the game, then I'm willing to spend on it. If it's just some new skins or throwaway weapons then I'll pass.

It all just depends on what they put into it, and I really have to like the game in the first place to even consider it. I work hard for my money, and I expect nothing less from the people I'm purchasing from.

That's something I don't understand about season passes, I'm not down with a grab-bag where I'm giving you $20+ and I don't even know what I'm getting. Half the time it's just for online mutiplayer anyways, which isn't my playstyle at all.

"That's something I don't understand about season passes, I'm not down with a grab-bag where I'm giving you $20+ and I don't even know what I'm getting. "

The idea behind Season Passes is your standard bundle concept and usually come defined on some level, like Borderlands 2 promised 4 campaign expansions. So if you think you're going to get all the content, companies hope to get you to buy upfront with some sort of deal (% off and or exclusive additional content), which use to work, but I would argue doesn't anymore.

I say that it probably doesn't anymore, since many people have gotten burned by season passes in the past. Generally speaking, you get burned once and you'll wait for impressions / details before you drive wallet first into something you might not care for.

The game costs 20 euro, which is already 8 bucks more than HD and Evo cost. Then they offered a Season which promised 6 DLC-packs over the coming year, for an extra 20 bucks.

The old DLC-packs, for HD and Evo, were GREAT. Fantastic value for money. Lots of content for a small fee. DLC done RIGHT! Kudos to RedLynx. Well done.

However, recently details for the first 2 DLC packs for Fusion appeared, and it just SUCKS. Only 10 new tracks, of which 6 proper SP Trials tracks, in the first pack. It's pathetic. Many fans of the series are angry.

Luckily, I was hesitant when they first mentioned the whole Season-Pass thing, and it being Ubisoft and all, so I'm very glad I decided to skip on buying the game. Will pick it up some day when it's 15-20 bucks for the complete package.

Absolutely loved the first 2 games, but this is just ripping off your loyal day 1 fans.

It's a decent concept in theory, it's just too hard to differentiate between something real and a cash-grab anymore. I'd rather just wait it out and know what I'm getting. I'm willing to spend more on content that I actually want rather than get a discount on a bunch of stuff that doesn't interest me. I'm not cheap, I'm selective :p

I'm weird about games though, I'll play anything, but my hidden gems are games like Kingdoms of Amalur. Sure, it had some issues, but it also had mass potential (screw you Schilling for squandering away this IP!!). The $10 for Teeth of Naros was money well spent in my eyes.

I've never played a Trials game before Fusion, and the $20 pricetag turned me away for a while. I finally cracked, and it's one of the most addicting (and frustrating. lol) games I've ever played.

I'm definitely not getting the season pass, but the core game has been worth it so far. There are literally over 15,000 user-generated tracks on top of the regular campaign and that number grows daily.

Sure, a lot of them suck, but there are afew hidden in there that'll blow your mind. I played one yesterday that was a first person labyrinth that you had to solve puzzles to escape from. It was really impressive considering they made it with the local track editor.

In general, I'm not willing to pay at all. I've bought a total of 3 DLC's ever - Dark Souls Artorias of the Abyss, and Skyrim's Dawnguard and Dragonborn.

DLC's don't feel like part of the game generally. They feel like a tiny separate experience in the same world. I'd rather just have the developer spend the extra time and implement any ideas they have for the game. Of course this means less money, so fat chance there.

It all depends on the content being released and if I think it is worth it..

Some games are better than others. I've bought a few season passes. The BF Premium got me twice on BF3/BF4, but I'll never make that mistake again.. I'm done with BF..

TLOU season pass was worth it..

and a friend talked me into getting the Watch_Dogs season pass.. I shouldn't have got it I haven't played Watch_Dogs in like a month.

I don't waste money on new skins and stuff like that though.. nope nope

Not too much really. We only get dlc for a very few games. That we believe are good enough to get the dlc for. Unless the dlc is free than we get that. We believe we only got it from like 6 or so games.

MS was right, if we went their original way we wouldnt have this stupid DLC and season pass crap.

The only DLC Ive ever bought was dragon age awkening. € 40 for a dlc that lasts longer than many € 70 games seemed reasonoble to me.

Great point, but there is a massive difference. Dragon Age's "DLC" wasn't actually DLC. It was an Expansion, which is a word never used anymore except with MMOs. And it's called an expansion for good reason - it's almost as long as the original game itself, and like you said longer that most newer AAA games.

Dlc is fine with me..

All depends on the quantity and quality of the content...

I've bought premium for bf3 and 4.. A couple cods, Borderlands 2 season pass.. Etc.. I'll avoid doing that in the future because I never play a game long enough to actually want all the dlc.. Always skip the last pack or two..

But if you give me a great game, and the dlc is the type of content I'd like.. I'll buy it.. How much I'll spend depends on the amount of content

Not trying to sound like a douche or anything but did anyone actually read the article? Lots of comments about DLC and paying for it in general but nothing about the real meat of the article which is the move towards console exclusive DLC.

Not that everyone isn't making great points but no one is touching on what the article is really about! haha

A simple fix would be to start getting reviewers to review dlc. That would sure scare those greedy crooks instead of hype and misconception selling the dlc.

Agree 0Disagree 0
▼✖-+
SPAMInappropriate
Show all comments (20)
The story is too old to be commented.
40°Fresh

Hogwarts Legacy: Cache in the Castle Quest - Where to Find the Third Landmark