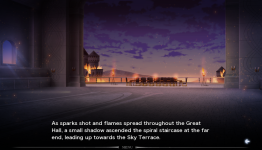 Just a few days ago, Matt told you about the release of a demo for The Sekai Project’s upcoming translation of ALICE IN DISSONANCE’s kinetic visual novel fault -milestone one-. A fact Matt had missed at the time was that the demo was released as a means to help potential backers get an idea of what the novel was like before putting money towards the ongoing Kickstarter. Today, Matt read through the demo and is here to report back with his impressions.

Alice in Dissonance Interview - The Second Beginning of the Fault Series

Fault: Milestone One Gets Switch Release Date With Remastered Visuals