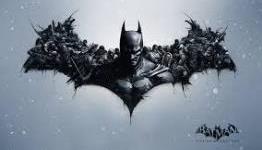 With Arkham Knight on the way, will it improve upon Arkham Origins?

After Watch Dogs, Batman Arkham City is the next on my list. Then I plan to buy Arkham Origins.

Its an okay game. But it will be a HUGE letdown if you play it right after Arkham City...

i don't agree
it have better story and longer, acting is great, the atmosphere and the armor and boss fights and the side quest is far better than B:AC
also Bane was really the true Bane i wanted all along in Batman game
no the stupid version of Batman and Robin Crappy movie where Batman have Credit Card

the real problem that this game have is that it didn't look that much different than AC and lots of Glitchs .

@Deividas
Yeah, i know ...i shall forever stand in the dark cornor alone with my opinion :(

Is it more of the same or actually worse?

Also, gameplay-wise, how does it fare against the two precedent masterpieces?

Yeh I thought just okay at best too. It sucked compared to what Rocksteady did but that's what happens sometimes when you hand off a franchise.

Its more of the same. And thats the issue, Arkham City improved on almost every part from Akrham Asylum while origins, just does exactly what the others have done. It doesnt try much of anything new really and there are no really "memorable parts" of that game. You will still enjoy it but its just not on the same level as Rocksteady level design, characters, or story telling.

@Ezz
Yea you might be one of the few that enjoyed it over AC but if you like it then fair enough :) its all a matter of opinion anyways, but yea I do agree Arkham Knight looks like a vast improvement, but again...Rocksteady knows you cant just do the same thing in a franchise and keep it relevant.

Lots of +helpfuls to you.

They've fixed a lot of the bugs.
It's a solid game now.

You'll enjoy it. People build up Arkham City to stupid expectations...Arkham City is an epic game and an awesome batman game if you play all of it, but bare in mind Origins was WB Montreals first game taking the mantle of Rocksteadys legacy. They've learned a lot from launch.

Well, they could improve by supporting their game rather than promoting DLC and saying that they won't fix game-breaking issues in it.

so which subject is this article about
THIS- Where Did Batman: Arkham Origins Go Wrong?
OR THIS - With Arkham Knight on the way, will it improve upon Arkham Origins?

It wasn't developed by Rocksteady.

My only problem with origins was the fact that the kombat system didn't feel as good as city and asylum..but overall it was a solid game.

I liked the game, but it was just less interesting than arkham city. Also Gotham was just a Christmas reskin. But at the end of the day it was more of the Arkham gameplay I like, and Troy baker did a good job.

Problem was the multiplayer. And that the single player felt like a DLC. There wasn't much added from arkham city to arkham origins.

I thought the story was actually very well done. It's just that the gameplay didn't add anything, coming from Arkham City. There were some annoying glitched too. The combat also wasn't as responsive as AC. I could regularly pull off 70+ hit combos before, but they seemed to always get broken up around 50 in Arkham Origins.

The counter was off and that dumb a** mini game ninja guy always ruined my combos...

When the dev gave up fixing glitches, also, not made by rocksteady

Combat- was broken in this game. There's always been the feeling of phantom punches from dudes who would glide across the screen but they were a rare occurrence in the previous to games, but happened every fight in Origins. The counter timer was also broken as the animations never lined up with when and where you'd be hit. And then there's that ninja guy that has that wierd mini game for countering. It completely through you off when you had 2 or 3 guys attacking and suddenly this dude shows up and screws up your free flow.

Boss- The Deathstroke fight was repetitive and dull and the Shiva fight was unforgivable. For those that don't know, the greatest fighters in the DCU are Batman, Lady Shiva, Deathstroke, Black Canary. The fact that they reduced Shiva to one of Talia's Arkham City guards was embarrassing. She's one of, if not the best martial artists in all of DC and she fights exactly like the generic female ninjas.

Story- was pointless. I don't understand why they feel the need to drag the Joker out for this game. ANY of Batman's early bads would have been nice. That's 3 straight games with Joker as the main boss and that was overkill. This was supposed to be an origin story so they should have went with Red Hood, Falcone, Penguin, Riddler,Black Mask...for more than a few chapters, or other villains of that era.

I also thought it was BS that Batman was meeting all these dudes on the same night and he quickly develops a relationship with the Joker instead of a back and forth thing over the course of years. It just felt shoehorned in like everything else in the game.

I did love the voice acting despite no Conroy or Hamill. Troy Baker proves once again why he's the best, and the rest of the cast was pretty good as well.

It did everything right, especially the writing.

By not being made by Rocksteady.