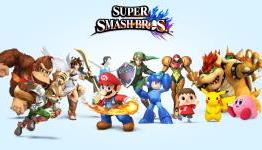 The Problem With Sakurai’s Vision for Smash Bros.

CCC Says: "At E3 this year, I sat in on a lot of interesting developer discussions, but perhaps the most interesting one was the discussion for Smash Brothers where developer Masahiro Sakurai said that their playtesting pod has 12 people.

That’s nothing! How can you balance a whole game with 12 people alone!"

I hate the entire idea of balancing brought about by the tournament scene.

When are character play out the same, a game start to feel stale fast to me. I liked that you have some characters that were ridiculously fast, ridiculous strong or had ridiculous range. It made game feel more varied and gave more reason to try different characters. It also allowed for thing like counter picking and noting beats the feeling of winning against a character that has an statistical advantage.

To much balance is bad. It makes the game less fun and less interested.

i dont think you fully understand what "balancing" is. in what world is balance bad?... even outside the fighting genre balance is needed and wanted more so than not.

imo project m is the best version of smash ive played and its not because it adds melee features its because its the most balanced smash ever.

the thing i cant understand about the outspoken bunch thats against the pro style play of smash is why is it hurting you guys? why is the idea of more options bad? melee was great and the most pro friendly freeform smash ever but it didnt stop anyone who wanted to play from playing. in fact when melee came out i had no clue about how deep the game was so to me it was a party game and i loved the same.....help me to understand sir

And unlike what pro Smashers whine about, that's NOT an exaggeration. I've been to a number of conventions where this Smash stereotype is completely true. I've seen tournaments where less than 25% of the participating players use someone other than Fox or Falco.

That's what the problem is. The competitive nature of Smash is what diluted Melee and it scared people away from trying out another character and getting good with them. That's what Smash Bros. was about. It was designed with the full intention to be "un-technical" and when Sakurai switched it to be less technical, Melee purists cried foul and vilified him.

For all intents and purposes, since everyone was terrified to try another character for fear of losing, Melee really was not balanced. Not enough, anyway.

i dont know you but i seriously doubt youre on the tourney scene like you say. first off you claim fox/falco are the reason no items final destination is a thing in smash which is false but to make thing worse for yourself you said "five stock" lol nobody who is in the know would ever mistake the 4 stock standard with 5. but anywho...

as far as people using the same characters in tournaments the same can be said for all the other major fighting game tournaments. look at UMvC3 and how many people use zero, doc doom, vergil, dante...or what about in street fighter, look how many people use ryu and akuma or in soul calibur people use mitsurugi, siegfred and natsu all the time....my point is ease of use and current winners in tourneys influence who people try to 'main" in fighting games probably more than anything else..

the competitive scene in smash is what is currently propelling smash to new heights. youre just making up stuff and calling them facts. he average player (bulk of sales) has no idea of how deep and technically advanced smash is. how can something they dont know about scare them away? you think people saw that brawl was slower and had tripping in it and thats what made it the best selling smash? lol no! it was he best selling smash because it had the most hype and advertisment and also it came out on the wii(you know the hardware that sold close to ps2 numbers) last gen...also there has been quite a few melee characters that rank high on tier list when they previously didnt do to people playing the character, look and sheik,mewtwo,peach,ice climbers,bowser all these characters have been represented in tourneys and most if not all have won....let me ask you this, how is it possible melee,a 13 year old game, has seen growth sales in he last couple years? how was melee the most watched EVO tournament of alltime? THE COMPETITIVE SCENE

last but not least i never said melee was balanced i said project m was the most balance and thats fact....ill agree that it was not orginally intended to be anything more than a party games but when you look at the huge jump from smash 64 to melee and even he tech added in brawl its clear it was meant to be a fighter regardless of what PR stunt sakurai or any other nintendo rep tries pull

Sakurai MADE the game. It's not a PR stunt because he MADE the game. He DESIGNED the series that way. It was his creative decision. Smash Brothers was never designed to be competitive. Melee just happened to be a shiny coin for the pro fighting game community. It was an accident.

Also, why are you giving so much credit to the pro Smash community? They're not the majority. I know people who severely dislike professional Smash. They like having items on. They like playing stages that have actual environmental features. They like dynamic things in their fights. They know others who like that. That group of people who just want to play a lighthearted fighting game with Nintendo characters: those are the people who make up the majority of the Smash Bros. fanbase, not the "pros."

What it comes down to is that Sakurai can make the game he wants and he doesn't owe the "pro community" a thing because they ripped him apart because of Brawl. He was vilified by the pro community. They hated him for Brawl. In my eyes, Sakurai should make the game he wants and the fickle tourney community will have to settle with what he wants to make, because they're just a fraction of who bought Smash Bros.

A Better way of balancing is to have 100 characters and have it so every character has like 7-15 other characters that can counter them.

There would never be the OP character as everyone else would have plenty of options to counter.

Balance is good, but over balance makes things bland and boring.

Larian did their play testing by giving 20000+ people beta access for 6 months. They got more feedback from open beta testing than they would have had they paid a group to qa/test it.

It really demonstrates just how beneficial open development is for gamers and developers alike.

Shame Nintendo is pretty much the quintessential example of closed development. They do sure live their bubble.

Lol, that's larger than previous Smash games...Why is it suddenly a problem now?

I play as random ALL the time and I still beat the tar out of most everyone I play (most aren't super hardcore fans.) Yeah, there are some stages certain characters stink on, yes someone might bet an awesome assist trophy right after you get the lames Pokemon ever, and sometimes you lose from that. To me that's part of what makes it fun: The unpredictability. I've never had too many times where I've felt the balancing is off or that the match was unfair to me.