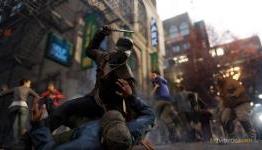 Ubisoft predicts up to a 15 year life for its new generation IPs such as Watch Dogs and The Division, founder and CEO Yves Guillemot has said.

The publisher has come out as a strong supporter of the PS4 and Xbox One, with a host of new properties including Watch Dogs, The Division and The Crew. There's also a relaunch of sorts for Rainbow Six in development.

Watch_Dogs. . . was an okay game. But if the next one features a predictable story, boring characters and overall average gameplay, it isnt going to last as a 15yr IP, Ubi.

Looking forward to Watchdogs 15 on Nvidia..

Ubisoft Needs To Right the Ship – and Fast

The rise and fall of Ubisoft

Ubisoft's Handling Of Stadia's Shut Down Is All Class