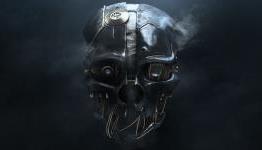 NowGamer: "Details about Arkane Studios' Dishonored 2, including its protagonist, setting and development, have been revealed to NowGamer."

New character? Hmmm....I'd rather they bring Corvo back but give him some character development and a voice.

Yeah we defo need a voice actor this time

When Emily is tyring to say things to him and Corvo is there being a mute it's kind of off putting.

The trailers which didn't follow the storyline -_- didn't even meet the outsider in prison, still an awesome game though.

This game was one of last gens gems. Love it to bits. The atmosphere, the controls and their flawless execution, the level design, the story it was a blast!

As for a new lead, No! Corvo has way to much character development to go through for him to get canned like that. As the stated above, a good voice actor would do wonders for this game! I say make a fully fledged sequel with Corvo and then if they cant go forward (3rd game) with him they can introduce a new lead.

Oh and get a trailer out some time soon please...

Corvo's story wrapped up nicely didn't it? They'd have to change the lore to bring him back.

Did it though...we were just told something by the Outsider. Who's to say it actually happened.

This wasn't a bad game. I really enjoyed playing it.

I agree, I want to see Corvo come back also.

Wasn't a huge fan of the original but if they smoothed out the controls and visuals a little it could be worth picking up. A man is always tempted to buy a game about assassins ;)

Visuals were good from.a distance but kind of rough up close

Game looks glorious on even a lower end Pc, the new systems should make the visuals shine. Last gen consoles just didn't have the ram to do the textures justice.

My laptop with an i5 and 2gb Nvidia GT620m could run it on max at 1080p at a pretty stable framerate (don't remember the specific numbers, but it was smoother than on consoles).

I wouldn't mind a budget-priced PS4/XO version of the first game actually.

I really liked Dishonored, so I'd love a sequel. There are many interesting places we could visit that were teased in the first game. And there's so many ways they could expand on the gameplay!

I think it'd be cool to play as Emily, but that doesn't really make sense. She became the Empress and ruled into her old age, according to the ending. Unless The Outsider was lying.

I always saw the ending as what The Outsider said COULD happen. He exists outside of reality, so maybe he's only seeing one of many outcomes.

Loved Dishonored. Especially the world of Dishonored. One of the best games of last gen and a complete surprise.

Dishonored 2 is a day one for me.

I absolutely loved dishonored. silky smooth combat, and some of the best level/world design I've ever seen. A truly unique and refreshing game.

Hmmm , I don't agree with being emily in the sequel. Turning an innocent little girl into a murderous assassin should be a slow development arc, not a "skip ahead 20 years, shes killing people now." Plus I think the cannon story rightfully should be low chaos (since corvo was innocent), thus she would be going AGAINST everything he taught her.

Also they reveal that 8 people have the mark during corvo and dauds time. We know nothing of the other 6. A few of those stories can/should be told to expand on the games universe. It would be sorta a waste to start advancing the timeline this early in the series.

I really liked corvo, but honestly when you're playing the 2 story dlcs as duad, you completely forget you're someone else, so I think players will adjust fine without him, even if the idea isn't appealing at first.

Either way though, I cant wait for this.

Keep in mind this is coming from an "insider", not an actual developer. It's not unlikely that most of this information is bullshit. Take all the misinformation surrounding the E3 lineup for reference.

Dishonored was a fantastic game. Never a dull moment.
Emily taking over, following in the footsteps of Corvo, would be fine with me. But not 20 years later... A young female assassin (ala Leon: the Professional, Natalie Portman) with a moral compass has potential. Conflict/choices could steer the game.
Whatever becomes of this game, I'm in!

Corvo had about as much character as a brick. Bring in a new, voiced protagonist and a deeper, more player driven plot.

Games To Play If You Enjoyed Deathloop