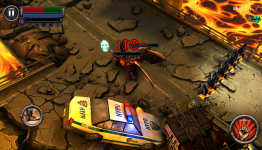 German based MobileBits have released the sequel to their popular hack ‘n’ slash RPG SoulCraft on Android. The game is based on the same concept that made the original a hit with over 5 million people: angels and demons battling for the ultimate prize of the soul of mankind.