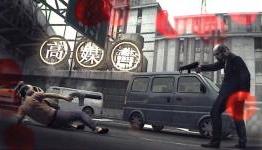 In Defense of Kayne And Lynch 2: Dog Days

Kane and Lynch likely doesn’t inspire fond memories. Released in 2007 after IO Interactive presumably watched Heat a few too many times, the squad shooter met to tepid response from critics, citing – among other things – awkward controls and a dreary end game. However, helped along by an injection of a fresh console generation, the great marketing beast did its job admirably, and Kane & Lynch: Dead Men sold well enough to warrant a sequel.

Despite good sales figures, topping the UK sales chart on week of release, Kane & Lynch 2: Dog Days was lambasted by gaming press, holding a dreary 63 on Metacritic. To this day, the series is largely regarded as a forgettable also-ran, but despite its notable flaws, Dog Days is worth remembering for a number of reasons.

Adhttps://store.steampowered.com/app/1488200/Symphony_of_War_The_Nephilim_Saga/?utm_source=n4g&utm_medium=native&utm_campaign=sow_n4g_native&utm_content=png
- Comments (0)+ Comments (0)
TopNewestOldest
The story is too old to be commented.
250°15

Are the free Xbox Games With Gold titles for July 2017 any good?

10 Video Game Movies That Are Never Going to Happen