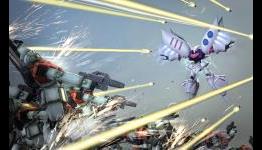 There’s comfort in familiarity. As much as some people, particularly a loud, internet minority, complain that they want novelty and are tired of the same old thing, the cold hard numbers of sales figures paint a different picture. In the west, Call of Duty regularly lures in millions of people with the same shooting experience it has peddled for years. In the east, Dynasty Warriors is even more unapologetic, letting players replay the same story—that of the Romance of the Three Kingdoms—game after game.