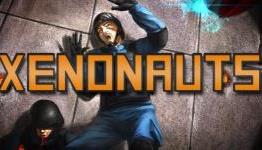 Xenonauts puts you in command of a multi-national military force that was created to defend a Cold War-era planet Earth against an alien invasion. Does it sound familiar? It should if you are a fan of the XCOM line of games since Xenonauts draws its inspiration heavily from Firaxis Games' excellent reboot as well as the original XCOM games. It is fairly common for developers to go through and use the winning formula from other games with a little tweaking of their own; unfortunately in most cases it comes off as simply an attempt to get rich off of someone else's ideas. Fortunately though, Xenonauts developed by Goldhawk Interactive, is not a clone or a riff-off of the XCOM games. It clearly knows that the XCOM games are a source of inspiration and every single aspect of Xenonauts is in some way an honorable nod to the longstanding classic tactical strategy games. Xenonauts is exactly what XCOM would be if the original games were released today. The real question, though, is whether Xenonauts is worthy of being a spiritual descendant of those wonderful XCOM games.

Return to Classic Franchises with the Humble Classics Return Bundle