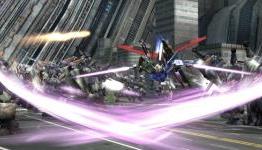 Dynasty Warriors is a fascinating series. For one, there seems to be at least one entry in the series every single year. Two, there’s the general dislike for the franchise in the gaming community since it very rarely innovates and seems to stick to what worked a little too often. Yet through all of that, Dynasty Warriors still comes out consistently, and it seems to do well enough to warrant the consistent release of the much criticized series. While Dynasty Warriors: Gundam Reborn is technically the fourth entry in the collaboration between both Dynasty Warriors and Gundam, the game is re-titled Reborn, though the game doesn’t change as much as the new title may suggest.