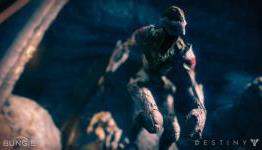 Tom Sanocki, Character, Cinematic, and Technical Art lead on Destiny, spoke with Examiner.com about its beta, single player and multiplayer.

This is a single player experience for me that could be enhanced a ton by multiplayer.

So psyched for the Beta after that short taster the Alpha was.

Okay, this came up in another thread and I'll post it here, because I think the xbox fanboys are being increadibly unfair to Bungee and to Destiny, and to the new community that they are trying to build.

The documents showed that Destiny was actually suppose to be an xbox exclusive from Fall 2013 to Fall 2014; at least before it came onto playstation platforms, and only if parity could be achieved between xbox and playstation.

The IP was in Microsofts hands, it was theirs to loose, but as always their policies were just too restrictive.

To the xbox fanboys, it's not Bungee that "screwed you over", it's Microsoft who wanted to stifle Bungee's creativity and keep them making halo games. I'm glad Bungee choose creative freedom instead of Microsoft's draconian policies.

The game will now reach a much wider audience, and Bungee will have a much wider community of fans because of it. I don't understand why "gamers" are not happy about that?!

Is it even possible to play the campaign alone? In the alpha I tried it but people kept joining my fireteam. I guess the only way would be to disconnect my PS4 from the internet.