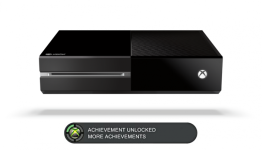 Why Achievements may Have Ruined Games

Alex from Gamer Headlines writes: There’s something about Achievements that I can’t resist – perhaps the tone that plays when one unlocks, or the need to push my Gamerscore up just that bit higher. Regardless, there’s an incessant, nagging need at the back of my mind to try to harvest every Achievement I can possibly earn from a game. Maybe that’s why they’re slowly making my games less enjoyable.

I kind of think they have in a way.

At one time I didn't see the point of them, I thought they were stupid but now I feel like they add something...something which shows off the hard work you've put into something.

I was playing on Toy Story 2 I downloaded from the PSN store recently and I collected all the Pizza Planet tokens, in the end all I got was a lousy bonus cutscene...that's it.

I agree with you on the point of devoting countless hours into a game unlocking achievements only to be met with some mediocre bonus, but I think that's the gamemakers responsibility to become more inventive in ideas.

I think trophies and achievements should be used in a way that you unlock in game items! Examples: Guns, Cars, Gear/outfits.

Some games have already done that for example Halo 3. Sadly though no game to my knowledge has done it near as well and that was quite a while ago. That game felt so rewarding when you got the vidmaster achievements and 1000g thanks to katana/security armor and recon.

Achievements haven't ruined games in my opinion, if anything they maximize the incentives for gamers to get the most out of what they spent their money on! Which is the game itself. Also it breads comraderie in co-op gameplay as well as healthy competitive gameplay.

Of course there are those who turn what could be good into something bad by putting a negative spin on things throuh their behavior.

I agree, Achievements are an inventive way to encourage players to think outside the box, whilst extending the longevity of a game.

The title is somewhat misleading though, as it is an opinion piece that discusses my behavior and interaction with Achievements, rather than lumping everyone into the same basket (the title originally had "for me" at the end)

Achievements are great but I'm personally not obsessed by them. I usually play the game first and then on my second playthrough I go for whatever achievements I can get.

-not getting all the achievement for a game isn't the end of the world. Achievements are entirely optional...did achievements ruin the game, did it change the ending in some way and did it change the gameplay??? If it didn't any of these why are you saying it ruined game...it may have ruined it for you because you're obsessed but the game is still the same.

Achievements get 2 dumbs down from me. I got more important things to do than that. I play my games to complete story, or online multiplayer and Coop.

Call Of Duty: Modern Warfare II Alone Mission Crashes And Is Unplayable For Many