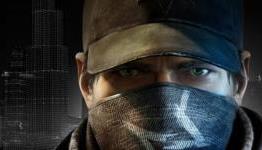 Is Aiden Pearce the most boring character in the history of gaming?

Aiden Pearce is boring, really boring, but is he the most boring character ever?

He also has a face I would want to punch and a very annoying voice.

Imagine sitting in a room with Aiden Pearce and Connor from AC3 and being forced to have a conversation with them.

LOL Lukas, that was funny. I think id rather watch the QVC channel for a week without sleep than be in that room.

I wouldn't say he's that boring. At least he doesn't shout stupid memes and sexist remarks all the time. Duke Nukem is a much more boring character.

I personally didn't find Aiden that bad. I did like that he wasn't a character with a black and white sense of morality or clearcut personality. In most games you're either a blatant criminal, or the games savior, in Watch Dogs it's very ambiguous and interpretive.

Perhaps it's my psychologist background that makes it more entertaining for me, but I really don't like characters that offer everything up. I'd rather infer a characters personality, and underlying motivations, than be pandered to. It's almost patronizing when characters like Delsin Rowe feel they have to make sarcastic remarks every 30 seconds, I mean I get it you're 'edgy' and kind of an ass. But it's almost boring when you can anticipate every response of the character you're playing.

Not that Aiden was the best written character, but he wasn't all that bad either. I liked moments where he threatened Clara, to analyse her response. As an interaction, the underlying motivations of Aiden's actions there have much more depth than anything from the protagonists like Assassins Creed, or Infamous.

Sod that, just because you have masculinity insecurities doesn't mean that classic Duke isn't and awesome character.

Even though he recently starred in that god awful DN:F, Duke is still right up their with Doom Guy, Master Chief and Gordan Freeman on the Mount Rushmore of FPS Gaming.

I wouldn't call Aiden morally ambiguous. He's like most other sociopathic protagonists. He doesn't really acknowledge the bad things he does as being all that bad. He lives off of stealing from other people's bank accounts just because they leave themselves vulnerable. Many of his actions are criminal, even if he is out for revenge and to protect his family, it is without regard for anyone else. As a lawbreaker, the game does give you the choice to at least be helpful to some innocents and the police's job occasionally.

With that said, he was alright as a game character. Nothing spectacular and he seemed like just another everyday guy who is doing what he has to do. Also, he has a pretty intimidating stature compared to many people he faces down.

True.He's a grey area kind of guy.A conflict between right and wrong for the just causes is what drives him and that intrigues me.Reminds me of Breaking Bad and Dexter.

Probably you wont believe it, but there are more generic protagonists.

How can we have THIS MUCH TECH, and THIS MUCH MONEY, & still we can't create characters as interesting as were on the SNES.

* I wonder what the correlation between the two is?

Emphasis on graphics has taken away from making memorable stories & characters that we actually care about.

Does he talk? Yes. Then he's less boring than Gordon Freeman.

his voice alone makes him more boring than Gordon Freeman.

at least with Freeman you can sit there wondering what he's thinking.

Yeah totally, with Freeman i think the gamer is meant to be his voice. You get to make up your own silly one liners to complement your gaming badassery

Yes. I think the funniest comment I've seen about this was that Rock Simulator 2014 was Aiden Pierce's origin story.

muwhahaha that is brilliant :D

Yup, Aiden is a super borefest!

I've seen more personality in a bag of Doritos

In terms of non-silent protagonists, he's pretty high up there. Then again, most video game protagonists are pretty dull frankly.

No. People are still butthurt over the crappy PC port (and probably the Xbox One port) so they're grasping at straws as they try to hate on every aspect of the game.

Lets be honest here, it certainly is not what it could have been, Ubi played it very safe, as do most so called 'triple A' developers.

Agree.Modders can keep on optimizing it for years.

I would say he's definitely up there with the worst. I've taken to calling him Hackman, because he sounds like someone trying to do christian bales batman voice and failing miserably.

Personally i'd put Conner on top as worst character ever. Or any other game where you start to root for the bad guys because the guy your playing as is just awful.

Luckily the rest of the cast are a lot more interesting.

Agree. I think this game would've been 100 times better if the main protagonist was Clara and Aiden's story was limited to one of your side-quests.

No. By the way can ubisoft stop using canadians for american rolls. You expose yourselves as cheap skates when they say words like 'out' or 'about'.

Wasn't it GTV 3 where the main character didn't say a thing the whole game?

No. Even as a mute, Claude was more badass than Aiden will ever be.

Unequivocally , hands down yes. He beat Connor from AC3 and that's telling.

Yeah...reason I don't play the game is because of Aiden Pierce.. he is annoying.

Alex Mercer? Prototype's gameplay was awesome but Mercer was a bit of a meh predictably cliché character hunting down the people that gave him awesome powers.

TBH, Aiden is pretty boring, but the other characters (Jordi, Clara etc) more than make up for it.

I'm 'still' really enjoying Watch Dogs (PS4 version), even though I beat it, I had to start it again on 'Realistic' mode.

At times, I'll be driving or walking late at night around the city central. It's raining hard, and very windy. The lighting on everything is super awesome. I feel like, wow look at that! That's in-spite of me seeing it a whole bunch of times.

WD is an awesome game IMO. I can hardly wait for the sequel ;)

The problem I have is that the 900p looks like crap. Everything is so jaggie. Look at wires or fences from a distance and you will see bits literally disappear. The game should have been 1080p at least.

most boring ever? No, I've seen worse

He's not the most interesting character ever, but he's very far from being the most boring. There are PLENTY more boring characters out there.

hes not that bad compared to others, lol.

Doesn't anyone get that aiden was a whispery protagonist for a reason. His character is hurt and driven into an anti-social abyss. He isn't boring when you use your brain and analyse the character's behaviour. (Think of joel in most of the last of us without the beginning or ending emotions, he's as stoic as aiden was.)
Add all that to the stereotypical protagonist behaviour and you have aiden pierce.

Just remember, video game protagonists didn't even have voices until a few years ago.

The differnce between Aiden and Joel though, is that joel is incredibly likeable and well written. Aiden is supposed to be this vigilante except he spends most of the game working for the mob and pretty much his entire motivation seems to revolve around getting revenge for a situation that he caused in the first place.

Yeah, Joel was written better but they still have the same traits.

Well... yes and no. He's not a man-child like Desmond Miles, but he also seems pretty shallow. I've seen worse. At best, he's morally ambiguous

What does that say?

Agreed, he is boring as hell :)

i agree totally ..Ubisoft and generally western companies cannot make inreteresting characters...however when an extravaganza personality -character appears from the Japanese companies like epic old Dante, Raiden from MGS, then all the idiotic and stupid critics from the west go rampant and they fill texts and texts of how much the character bothers them ...Japan knows how to make games, West still learning that s the fact and the biggest example is the Crap Dogs, a game with AAA production but with so dull gameplay that you cannt even finish it by the boredom

Ubisoft does seem to be on a roll with boring or hate able protagonists. Desmond Miles, Connor, Jason Brody, Aiden Pearce.

Agree 0Disagree 0
▼✖-+
SPAMInappropriate
Show all comments (47)
The story is too old to be commented.
30°

Ubisoft Needs To Right the Ship – and Fast

The rise and fall of Ubisoft

Ubisoft's Handling Of Stadia's Shut Down Is All Class