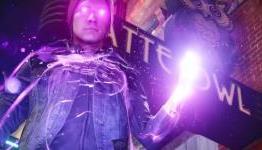 InFamous: Second Son is like a ten-tiered wedding cake. It looks like one taste could induce euphoria, yet in reality, underneath that mouth-watering exterior, there’s just a lot of polystyrene.

With this not being a numbered entry into the InFamous series, the game casts aside gruff protagonist, Cole MacGrath. Instead, we get the impossibly named, cocky little upstart, Delsin Rowe – both voiced and face-captured by the new Nolan North, Troy Baker.

Adhttps://store.steampowered.com/app/1488200/Symphony_of_War_The_Nephilim_Saga/?utm_source=n4g&utm_medium=native&utm_campaign=sow_n4g_native&utm_content=png
- Comments (0)+ Comments (0)
TopNewestOldest
The story is too old to be commented.
260°12

Ranking The Playstation Plus Collection