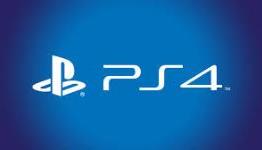 GDC Europe State of the Industry: PC and Mobile Reign, Crowdfunding Heats Up

A recent GDC poll reveals that more European developers are working on PS4 games then Xbox One.

How can someone write a story up like that without a single link to the source?

It's a press release distributed via mail, there is no "source".

@Askanison4: again, this is a press release. Obviously they posted on their website as well.

It literally took me 20 seconds to Google that. All I'm saying is that the writer could have taken the time to do the same and reference the GDC site and press release. It's really not that big of a deal. It just helps to see that the numbers aren't just plucked out of thin air.

So Console support at best is less than 20% and PC and smartphone better than 50%.

If you continue reading its like 33% "plan" on having their NEXT game on PS4, and 23% on Xbox. Next-gen (current gen) is just gaining traction, by 2015 we'll have a better idea of the state of affairs with consoles.

Also, mobile and PC can exist synonymous with consoles. I don't know why die-hard console-warriors are so threatened by the proliferation of gaming. Its a good thing. More consumers, equals more potential deviation to consoles. More platforms and greater choice of where to spend one's $, is also a beautiful place to be for the consumer. This way, the developers and manufacturers have to WORK and EARN our consumer devotion.

Why the Hell are people so stubborn about being locked to one ecosystem and entirely at the mercy of one company. Variety is the spice life. Just this week I played some Wolfenstein (PS4), Wayward Souls (iOS), and ESO (PC). I've been meaning to dust off the 360 and finish Infinite Undiscovery. I'm not platform-agnostic, and I certainly have preferences for value and corporate messaging. Still, I don't see the point in cheerleading one side of the industry while wanting anther to fail.

There are some awesome games on iOS, and some fantastic ones for consoles too. That is a reality.

100% Agreed, Smartphones and Tablets expand the market for gaming, and if its hardcore controls that you want bluetooth game pads are there to provide just that for smartphones and tablets.

I think many who has not tried hooking up a bluetooth game pad to the smartphone or tablet have for what ever reason decided against it which is kinda ironic because most living room game consoles have bluetooth functionality inside the controllers now, hell the dual shock 3 works with smartphones and tablets esp. Android os powered ones.

sad to see mobil gaming on top. glad PS4 is getting attention though

Not surprising though. Mobile is the largest group and also has the most room to grow as well as they simply get better very quickly.