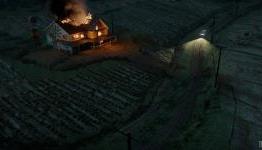 An Alternative Take on The Last of Us

SPOILERS FOR THE LAST OF US CONTAINED WITHIN!

I bought The Last of Us a few weeks after its launch, but it laid trapped, Han Solo-like, in its cellophane, as I ignored it in favour of surfing the internet and pursuing my obsessive affair with Netflix. “You’ve got to play it,” my younger brother would insist. “It’s the greatest game I’ve ever played.”

So I finally relented. The short version is, I really liked it, but didnt think it was the second coming, like many. I mentioned this to some friends and my fanatical brother – they seemed to think I’d missed something, or played the wrong game, or was just incapable of human emotion.

PS3 PS4 The Last Of Us innergeek.co.uk
Read Full Story >>

everyone has a right to have their own opinion/taste in games. To me its the best game of past Generation and before than it was MGS3

I don't mind when people say it isn't the best gamne, but i do have an issue when they nitpick or complain about stuff without playing the game. Majority of the hate TLOU gets is because it won so many GOTY awards, a lot of people who hate, have never played the game

I haven't played LoU yet (going to when it comes out on ps4)however - my favorite 2 games (can't decide between the 2 which I liked more) of ps3 days are demon souls and uncharted1. I saw some footage of LoU on youtube and reason I never bought the game is the ememy AI looked laughable. I had a chance to pick up the ps4 version for free so i'll be giving it a go - everything about the game looks outstanding from footage I've seen...except the AI. hopefully it (AI) isn't as bad as it looked on youtube gameplay.

btw - I thought MGS3 was awesome too!

what was wrong with the AI. is cause they purposely ignored ellie? there are reason for that.

It was more the human enemies - one scene showed human enemies being shot - but the guy next to the guy who was shot didn't seem to notice anyone was shooting....even though his buddies were lying on the ground - maybe it was a glitch(fingers crossed!) btw - I understand why ellie was ignored, but it did kind of seem odd in the gameplay I watched.
anyway - I'm looking forward to playing the game.

edit - to everyone...I haven't played the game yet. but, in youtube gameplay vids, the AI seemed weak - I'm sure it's tougher when playing the game....don't everyone come unglued over this.

You aren't gonna be thinking the enemy AI is laughable the first time a Clicker grabs a hold of you. lol

Never heard a complaint about enemy AI other than the fact that they can't see your companions.

It bored me playing the game, though, the character development was great. Other than that its a 6/10 for me

limited gameplay interaction, linear objectives, the only threat being clickers, I just... didnt like it.

I always found humans to be the bigger threat.

Why are all the "the"s on that article enlarged? It's weird.

Can't wait to relive this masterpiece on ps4 in a few weeks. Watch out for molotovs and shivs ;-)

I loved TLOU. It was brilliant, and I'll be picking it up to play it again on ps4, as I held off and didn't buy the Left Behind DLC hoping for a ps4 version. As for the A.I. that people are discussing, the only issue I had was when Ellie would hunch run around out in the open at times and the enemies wouldn't acknowledge her presence. But to be fair to the developers, what they could build for the ps3 was limited and it would have been far more harmful to the enjoyment of the game if when she did scurry into the open that it gave away your presence. That would have ruined the game entirely, so it's understandable what ND did.

Dead Space is No.1, but launch sales lower than The Callisto Protocol | UK Boxed Charts