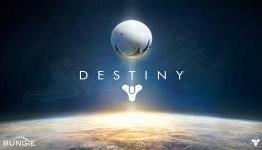 Sony is now offering the option to upgrade your Destiny digital pre-order to the Destiny: Digital Guardian Edition.

Adhttps://www.releases.com/?utm_source=n4g&utm_medium=native&utm_campaign=c1
- Comments (18)+ Comments (18)
TopNewestOldest
Expand all
The story is too old to be commented.

Yep, I'll probably do it since I'm planning to play this game a long time. And even the addons that are included in this edition will feature exclusive content on PS4 so I'm sure it will be worth it's money.

That's the way it *should* work in these cases. Nice job, Sony.

I want to cancell my physical Gamestop preorder and get this instead.

If you got your pre-order bonus (the poster), you cannot cancel it. You'll have to wait until release date and return the game, unfortunately.

That isnt true at all I cancel mine for PS3 then renewed it for PS4 later that week.

I want to sort of do the opposite, I want to cancel my digital pre-order and get the physical disc. Does anyone know if I can do this?

Nope it specifically says no refunds or cancellation on digital preorders unless required by law in the notice on PSN.

Sorry, I screwed up. I thought you meant something else... hard to explain. Disregard original comment.

I am highly entrenched in the physical game disc camp but with this game I am thinking I might would buy it digital if a deal shows up like the one for Wolfenstein TNO. I think it went up on PSN preorder for $53.99 for plus members.
The thing with Destiny is I think it's going to have staying power with tons of people playing. After playing the Alpha I expect it to be playing the game for along time. The level cap may be a problem here but I suspect maybe they will increase level cap in add ons in between Destiny releases or with new Destiny games themselves expanding the level cap & the universe. IDK, we'll see.
So, with the expected staying & playing power of Destiny, I could buy it digital & have it on my HDD while having another disc game sitting in my drive switching back & forth between Destiny & another game of my choice without getting my lazy butt up as much lol.
If no deal shows up on PSN then I don't know if I can justify getting it over the disc/boxed game. If I do see a PS+ deal, even just a few bucks off, then I'll probably cancel my Gamestop preorder & download it.
What are you guys going to do? Are you going Digital or Physical with Destiny?

I went with the Limited Edition, it seems to have some cool stuff in it.

This seems like a game that I might be playing for a long time though, so going digital might've been the wiser choice because it would always be right there without having to switch disks.

I'm big into physical disks. Maybe I'm just old school. But the convenience of a digital download is great.

I traded in a few games at Gamestop towards my pre-order to gain an extra 30% credit. I think if I cancel my pre-order and gain a PSN card instead, I'd loose my 30%. :/ that's my issue.

I'm a cheap gamer. So what.

Oh, I see. I thought you just put $5 down on the Gamestop preorder. My apologies.
I'd probably keep the preorder then since your in a tight spot with ol Gamestop.
I'm with you on the physical discs. I buy everything physical when the option's available.
IDK, for Destiny it's different. I guess I feel that it's going to be such a mainstay with "Legs" that it doesn't matter. Plus the convenience of it may sell me on digital just this once :) That is "if" they do a PS+ deal.

I'm big into physical as well, and was disapointed in what the Ghost Edition offered. It's $50 more than the Limited Edition and the plastic Ghost toy is pretty much the only thing different it offers.

I was hoping they were going to do some cool collectors editions with statues. Statues of the guardians or especially one of the Traveller would have been awesome. I'm not paying $50 for a plastic Ghost toy that talks to me everytime I walk by it. I'm sorry, but that just sounds annoying. lol

Is that $90 digital edition coming to Xbone?

Fuck yes. I was starting to regret my standard edition order, which cost as much as the deluxe one should. Still getting this.