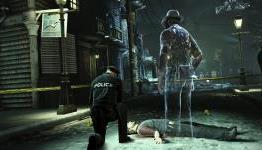 The murder-mystery is one of the oldest stories ever told: following the killer’s trail and piecing the clues together to uncover the grim, shocking truth. It’s nothing new, which is all the more reason why Square Enix’s Murdered: Soul Suspect deserves some credit for offering an interesting spin on the age-old concept. You see, the killing that Murdered’s protagonist Ronan O’Connor is investigating is somewhat close to his heart… it’s his own.

Looking Back to 2014 and Murdered: Soul Suspect

The Good, The Bad and The Most Terrifying Ghosts in Video Games