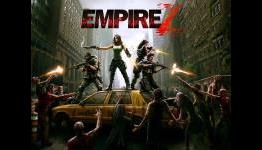 Empire Z: How to get free gold

WP - "Empire Z is like Game of War: Fire Age meets The Walking Dead. You get to start your own city, train your own zombies just like the Governor, as well as your own military, then go and clear zombie-infected cities, battle against other players and their strongholds, and attempt to rebuild your own civilization. Gold is the premium currency of the game."

Empire Z: Defense Guide - How to protect your resources and stop rival players

Empire Z - How to get free VIP status

Empire Z: Attacking Guide - How to win battles against other players and infected cities

Empire Z - Resource Guide: How to get more resources