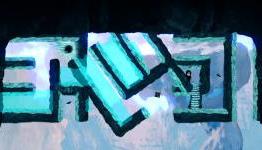 "In theory, if I were to install Munin on my Android phone, I imagine I might have a better time with it. The game’s puzzles seem custom made for the short play sessions and touch screen design of that platform. As it stands on PC, Munin is an underwhelming project held back by both its unique mechanics and its price disparity between versions. It is possible that the mobile version will be a more stripped down version of this experience, but there are already slim pickings here for all but the most logical of puzzle solvers. That, combined with the fact that there is nothing going on in this game that couldn’t be replicated on a phone, makes me think that this disparity is instead a case of accepted prices being higher on the Steam platform. However, I can only judge the game in front of me, which is an also-ran project that does pure platforming worse than Super Meat Boy and pure puzzling worse than The Bridge. Munin brings nothing new to the table on PC but its own frustrations, and why it has released on Steam ahead of its debut on phones in a month is as mysterious as Hugin’s problems with gathering feathers." - Alex Santa Maria of Geekenstein

Adhttps://n4g.com/General/Sponsored/arise
- Comments (0)+ Comments (0)
TopNewestOldest
The story is too old to be commented.
140°4

‘Munin’ is a Norse Puzzle Platformer That Lands Beautifully on iPad