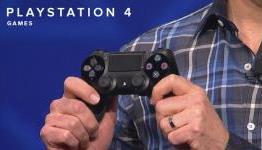 Following this year's E3, we've compiled a list of all the PlayStation 4 games that will be available by the end of 2014. If a game has an announced release date, it is written next to the game title.

Keep in mind that the release dates for upcoming games is subject to change. But with that caveat out of the way, check out the full list below.

Brings it into perspective as to how many games I am planning on getting before the year is up.

I just feel alil cheated . .I mean sony is doing super good right now (thanks to playstation fans) so I expected them to show their thanks at E3 by coming strong with exclusive games from their first and second party . .

but they didnt do that. . what am I gonna be playing this holiday season from sony? LBP3 Driveclub and a bunch of Indies??? disagree all you want but . I didnt buy my ps4 for 80% indies smh

I do agree with you, this year hasn't been particularly huge for Sony considering how many 1st party games released so far this year?

Thankfully there has been some great 3rd party releases and this fall looks to be no different.

first of all theres is also guilty gear x sign, its a playstation exclusive, and what does xbox one have for this holiday season???? forza horizon 2 and sunset overdrive? see? its the same thing for other consoles, playstation has more exclusives for the rest of the year compared to xbox one,and you just have to wait it out, ALL of sonys first party studios are making games for PS4 not to mention all the ones that have been anounced that havent received gameplay updates, like everbodys gone to rapture,shadow ofthe beast,rime,without memory,h1z1,deep down etc dude just chill good cookies take time to bake, theres also gamescom and tokio gameshow for the rest of the year, we may get some new anouncements there this whole E3 was pretty lacking in general, i was expecting more from microsoft,nintendo and sony but this E3 was more like to wait until the console world war 3 that will happen in 2015,you just have to wait a bit for the exclusives to come out, starting next year in feb 20th we will get the order 1886 and then in march 31st bloodborne, bloodborne is going to be a masterpiece, its being made by from software along side sony japan studio, the people who made the masterpiece called demons souls and dark souls. Greatness Awaits

I'm as excited for games like Destiny, Uncharted 4 or The Order too but indie games seem to be the only place we're seeing creative growth in the industry and they're delivering the fun, over and over again for $15-20. When indie titles start snatching Game of the Year awards from games that cost 30-50 million to make, isn't it time to start taking them seriously? Dismiss indies all you want. A true gamer would never write them off.

The PS4 has some really great indies
Towerfall
Don't Starve

Yep, I'm going to end up spending about £300 on games before the year is out. TLOU:R, DiabloIII:UE, HellDivers, Destiny, GTA V, Shadow of Mordor, Far Cry 4... I think that'll be something over £300 already!!!

Drive club, Diablo III: Ultimate Evil edition, Hell Divers, Destiny, GTA V, GALAK-Z: The Dimensional, and Shadow of Mordor for me most likely, though I'm sure they'll be others (definitely some Wii U titles, but that is for another article).

well id rather spend some money than none... my ps4 needs dusting off every couple days cause im waiting for that one must have game. Watchdogs is decent but its not that 9.5/10 i need. I think GTA V and the last of us will be the first must have along with destiny for me.

Im still looking for an excuse to get an x1 but that probably wont be til COD with the exclusive content.

I own all 3 consoles but at the moment only wii u is getting some hours as the rest has no new games, that seems is all about to [email protected] i will have to spend over £500 if i buy all the games i'm interested in for this year, also for me splatoon was the hit of E3!!!