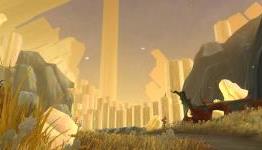 Are you ready for another epic drop? Today Carbine Studios released a teaser page for the first post-launch content update for its newly released MMORPG, WildStar, and this update is looking to be pretty deadly.

Who is playing this?

can someone who has hands on experience with WildStar clue me to if it's fun or not.

So many articles on WildStar and I'm not feeling the Hype for it.

I am. The telegraph system makes combat fun. Being mobile is very important. It's not revolutionary as far as MMOs go, but it offers alot of content that can keep you busy even if you are at max level.

Its loads of fun. So much stuff to do in it it can get kind of distracting at times. And as the above user posted, the combat system is fun. The dungeons are really challenging as well.

It is ridiculously standard for the first 20 hours or so, but it becomes one of the better MMO's out there once you get deep into the dungeons and PvP. The telegraph system is certainly a step up from the common formula and it's about the only thing differentiating it from other MMO's.

Luckily, it makes the game fun enough to slog through the more generic stuff.

From reviews and videos I've seen it has the same amount of content that an mmo that has been out for a few years already might have, excluding wow I suppose as that game is a special case seeing as its been around for so many years and bliz have been throwing content at it since release.

I've just hit level 30 and am having a blast. So much content it's overwhelming. I've done a few dungeons and have got to say they're awesome. They force u to pay attention and act as an actual group or you are going to fail. Adventures are fun. They're like dungeons but have a bunch of different objectives that you and ur group must overcome to succeed. I've yet to try any pvp since I'm only lvl 30 so can't comment on it. The player housing is the best I've seen in an mmo yet. You can litteraly design everything piece by piece from the ground up placing things wherever u want. The crafting is decent pretty much like other mmos but a little deeper. The combat is what really shines in this game. It's action oriented. No clicking on npcs to attack. Enemies force u to dodge and move around as each have various special attacks that you know are coming because of red areas on the ground that u must dodge out of, some of which are difficult as hell to avoid. Oh and did I mention you can double jump?

This is definately the best mmo released in a long time and I've played many. If u buy it play till at least level 20 before making a decision as the game really opens up after that with dungeons/adventures and better skillsets u get for ur character.

Wildstar Developer Shutting Down, Servers Coming To A Close