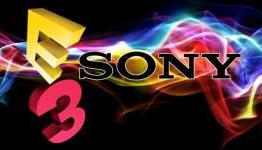 PlayStation salutes our troops: Bringing E3 to our service men and women.

Playstation blog US writes - "We’re incredibly thankful of the service our troops provide each and every day. As a way to both honor and entertain our service men and women (We all need a bit of R&R sometimes!), we’re pleased to announce Salute To Our Troops, an upcoming event held in Kansas’ Fort Riley military base".

PlayStation is showing US troops more respect than liberals in America do. Way to go PlayStation!

...Hold on I'll be right back...still trying to find where that came from...

Just another troll. Completely unfounded claims found in its comments.

OT: Nice thing SONY is doing. It would be cool to do this thing at the VA too.

Always a place in the middle of nowhere. Wished they come to Bragg. :/

21 people don't think SONY should do this at the Veteran's Association Hospitals?

Umm...ok. Or that 2 bubble boy is a troll? Weird that Stick received more agrees for saying something similar (if the disagrees were about the trolling comment) so I must conclude that 21 people disagree that SONY should bring E3 to injured veterans.

Maybe they thought you were calling me a troll?

Really? No. I was replying to you. I was saying that the person you responded to was a troll, obviously by its comments. But not you. In fact I bubbled you up for a "Well Said."

Please don't bring politics into this.
OT: Thank you Sony for thinking of our troops.

Awesome I'm in the Navy so this is perfect Thanks Sony

My HOME STATE and 17 miles from where I went to college KANSAS STATE UNIVERSITY, EMAW!!!!. Sony is really trying get on my good side, much respect.

On topic: Really nice gesture from Sony. I bet some of those guys serving are gamers and are touched by the ability to keep up with the latest gaming news.

Never thought I'd hear YOU say that

I never thought that he went to college as well. Pretty surprising considering his comment history.

Keep that up Trufan and I might start respecting you too.

Honestly I don't think he should get a bubble for making a rational comment once in his life. He won't put it to a good use anyway.

wtf am i seeing

Indeed, that's the first bubble I gave him.

OMG am I in the Twilight Zone!?

I bubbled you funny, just because I actually laughed and had to read it again. Just for the record, it's not for being pro-sony, it's just for speaking positively and not spouting out delusional bs..

Thank you Playstation for respecting the US army and thier struggles.

damn man why do you have ONE comment bubble....you cant answer so ill never know

Well help him out, bubble him up.

You really wanna know...read through his other comments, you'll see why he's got one bubble.

At least in this respect, score one for Sony for giving some respect/attention to our servicemen and women.

As opposed to Microsoft, who for those in the military and others without an internet connection, "we have an offline device, it's called the Xbox 360".

I heard that our troops play Call of Duty and Battlefield to prepare themselves from the atrocities of war.

as soldiers are men and women who happen to be in tough situations, and as people I think they would appreciate a little escape from reality, so, I think its a nice gesture to them and their efforts to give them the benefit of a little special attention as Sony is doing. So well done for Sony, and good luck to all soldiers, may soldiers of all countries come home to their families, safe and sound.

I'm sorry but how are the army protecting our freedom? I don't see any enemies trying to come over here and slave us or attack us. Government propaganda at its best. But great for the troops that get to enjoy some playstation awesomeness.

"I don't see any enemies trying to come over here and slave us or attack us."

Horrible that you had to quote that

Read my comment below. Our government thanks you for believing this propaganda.

Thank you fallen for understanding.

Right now, countries would try to attack USA if USA didn't have a military force because of all the shit they have done to other countries. You know, if you would just leave the rest of the world in peace no one would give a rats ass about you and your country. Sweden (where I'm from) haven't been at war for over 200 years and our military is more or less non existant, but you don't see anyone trying to invade us.

Thank you!!
Still no country would have the balls to attack the USA. Yea killing some low life rats in middle eastern countries (looking at terrorist) is protecting our freedom. Yea how is that? If the USA would worry about the USA, there wouldn't be a point to go and invade other countries. How is invading 3rd world countries protecting our freedom? People don't get that is all about government propaganda to have the people support this pointless invasions. Look at countries like Canada, you don't see them invading countries to "protect their freedom ".

Both of you are so clueless about what you're talking about it actually frightens me.

First of all Shane Kim, you SEVERELY underestimate Sweden's military power, they're not the unrelenting juggernaut that the United States is, but they've got a strong standing military force of several million active duty men and women as well as reserves, they're well funded and well equipped as well.

Also, you're wrong about Sweden not taking part in any wars, Sweden has assisted NATO forces in conflicts for years, including Afghanistan and Libya.

Nobody tries to invade Sweden because Sweden is surrounded on all sides by allies and they have fantastic natural defenses granted to them by their geography. It's the same reason Switzerland can afford to remain neutral in every conflict, their geography (as well as their large standing army) makes them borderline impossible to invade.

Angel, I get what you're trying to say, I do. You're trying to say that the government engaged in wars with Iraq and Afghanistan purely out of profit (I assume), and they've brainwashed the populace into going along with it.

But America isn't nearly as stupid as you think they are, evidenced by the fact that both wars were HIGHLY unpopular with the American people; and any war with low domestic commitment is automatically doomed to be an enormous quagmire.

Also in the case of Afghanistan, it must be said that they sort of struck first...you can go on and on about how 9/11 was an inside job, but the reality of the matter is there's a million different and better ways the government could have performed a "flase-flag" operation.

You make the comparison to Canada, and how it doesn't need to start battles to secure it's freedom. Well as a Canadian I can tell you why...it's because the US is our neighbor and closest ally. To put it in simple terms, nobody tries to invade Canada because it's living next to the most powerful nation on the face of the earth, it'd be like trying to kill a dude when he's standing next to an armed rabid pitbull with aids...it's a dumb move no matter how you look at it.

That and Canada has a standing military as well, a very well equipped one too I might add. I don't know where the animosity between the United States and Canada came from but as far as politics is concerned, the two couldn't be any more together.

A country needs a standing military of some kind, if for no other reason than as a deterrent.

You wanna know what happens to countries that DON'T have a standing Army? They get taken over. Just look at Tibet, or The Philippines in the early 20th century.

You don't have to support a War you don't agree with, lord knows I didn't support Iraq, but that's the Governments fault more than the military; hate the brass all you want but support the ****ing troops for Christsake!

Very good to see them respect troops like this.

Pay respect for where it's due: Good guy Sony

this is great news. Lots of service members are gamers since most start at a young age.

How long will it take for Microsoft to copy this too?

I know right? This is another fine move by Sony. They win yet again.

PROFESSOR LAYTON and The New World of Steam - Nintendo Direct