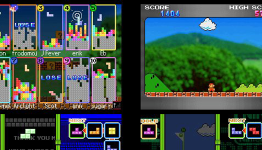 You have two weeks until Wii/DS online network goes away

"You may remember from a few months ago that it was announced that Nintendo would be pulling the plug on its Wii and DS online gaming service, Nintendo Wi-Fi Connection, on May 20.

Today is a reminder that this happens in two weeks. And it’s happening to a lot of awesome titles, like Advance Wars: Days of Ruin, every DS and Wii Pokémon game and Mario Kart Wii. It’s a bit of a bummer." - Patrick Kulikowski

Translates to "that's life" for people who don't speak french.

Lol you're on the internet already. Why not just look the phrase up if you're not sure?

Nintendo should keep the most popular servers running for a couple more years insteadof ccutting everything at once IMO. Mario Kart Wii was still well populated last year. But I suppose they need to reduce costs and focus their farms on new titles. MK8 and Smash will need some good infrastructure.

It's not about reducing cost's of the server's.It's because they need to sell wii u's and this will force the all the people that have had 6 years to play MK,and SB free online.I think we got more than are money's worth.With how much Nintendo relies on their recurring franchises and hardly anyone supporting Wii U this had to happen.Plus all these games can still be played offline.The wii u is also the only next gen system not to charge us for online play, it cost's the least, and has the most highly rated AAA games so far. But all I hear is complaint's about how over priced it is and has no games.I own a Wii U,PS4,Xbox1 and so far the wii u is the only one not just collecting dust while I wait for the AAA games to show up.

Nintendo has to shut down these services because they have to as they do not own them. It has not to do with saving money or forcing people onto the successive system. Gamespy (who runs these services) is being shut down so everything that uses the service(including numerous titles not related to Nintendo) have to be shut down as well. Stop making things up.

The systems online are ran by gamespy. When gamespy shuts down everything being ran on it gets shut down also.