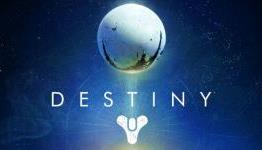 With the update of the official site Bungie released a lot of new footage of Destiny, and apparently it hid a lot of interesting elements people still know nothing about.

Adhttps://store.steampowered.com/app/1488200/Symphony_of_War_The_Nephilim_Saga/?utm_source=n4g&utm_medium=native&utm_campaign=sow_n4g_native&utm_content=png
- Comments (15)+ Comments (15)
TopNewestOldest
Expand all
The story is too old to be commented.
XboxFun3087d ago

This game is really suffering from over exposure for me. I'm fed up of hearing about every detail of it!

^ uhhh Don't read the details then ? Nobody is forcing you to.

Trust me. If its as big as they say and structured like an mmo, u havnt seen anything.

Also, Watch Dogs is proving that early and often exposure, while damaging, can redeem itself with quality.

I for one cannot wait. Though if u feel over exposed now, wait until next month when the beta releases.

Just wait until E3. You'll be pretty sick of every single game if you're already tired of reading about Destiny. :P

Don't get me wrong. I love Bungie and the Halo games are some of my favourites, but I prefer a bit of mystery. It's like when they play songs on the radio 6 months before you can download them. The anticipation fades for me.
There was a LOT of criticism about Titanfall's hype on this site, yet there was very little actual footage or modes given away compared to Destiny

They've been really good about keeping us in the dark though, and only release tiny little snippets of info. I think that's why people scrutinize every little detail. We want to find out more, but they just keep teasing us! lmao

I guess there's supposed to be a big info blowout on the 28th though, hopefully it's something substantial. Really wanna find out when I'm gonna get to go hands-on with the beta!!

Over exposure, more then half of the community that loyally follows this game think there isn't enough content,

Think to many people are under estimating an downplaying this game. As many followers as Bungie has amassed over the years, they have just as many na sayers.

I haven't been reading much about this game so I don't get caught up too much in the hype. With that said I am super stoked about playing this game. I believe it will be one of the defining games of this generation, much like GeOW and UC were last gen.

havent been paying attention to destiny much im hoping we get a full blown out e3 presentation and leave it at that until the game releases.