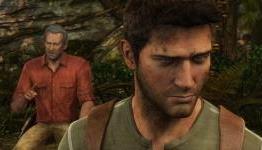 Could Uncharted 4 be in trouble? Signs point to "yes"

Gamesradar- "Something's going down behind closed doors at Naughty Dog, and it doesn't bode well. It all started with the departure of Amy Hennig in March, who had been the writer and director of the Uncharted series; she's now working on an unannounced Star Wars project at Visceral Games. Later that month, Justin Richmond, the game director on the upcoming Uncharted game for PS4, left Naughty Dog for Riot Games.

Today, we're hit with a one-two punch of troubling Naughty Dog news: Nate Wells, the lead artist on The Last of Us, is moving to indie developer Giant Sparrow, and the only known character confirmed for Uncharted PS4 has been recast, following the departure of writer and actor Todd Stashwick, who will be joining Hennig at Visceral. It all begs the question: Just what in the hell is going on over there?"

A few people being fired doesnt mean the game is screwed.

Normally, that is true,
But when the two creative leads on the game (Henning, and another person) leave around the same time. This mean the creative vision of the game might be negatively effected/compromised.

The people who envisioned the game are no longer there to see it through.

It's absolutely a cause for concern.

for all we know the story and art is complete..all thats left is the tek side of the game.this may well be the last uncharted...givin nd's past i may be right. they always move on with new ip's when a new console comes....
ps1 crash
ps2 jak
ps3 uncharted/tlou
ps4 tlou continuation and likely a new ip.
just sayin.

Henning was a writer, and the other was what an art guy? This isnt something like Kingdom Hearts where one guy is Super important ( Nomura )

Also, Hennig isn't just a "writer"... She was "Creative Director".

I'm not even an Uncharted fan and I know this.

EDIT: Why do I bother, it's N4G so everyone's gonna act like this:

I can see the reviews now lol. You have certain sites that love to give AAA exclusives (especially Sony's) bad reviews for clicks. Now they can just blame it on the departures no matter how good the game is.

The facts are that Naughty Dog and Uncharted are fine. I'm sure there are plenty of talented people at ND and lots more all over the world. One person leave, insert another and keep the party going...

I'll be glad when Sony throw the nay sayers a bone so these articles can stop. A little over a month to go.

The game is in good hands with Neil Druckmann. No worries!

It's a little early to panic.We don't know anything as far as game development is concerned. I'll reserve judgement until the game is released or I see something at e3.

@KingKelloggTheWH I think I felt fear run through my body at the thought of that. I mean I love the story, but I can't imagine what would happen if someone else took over.

I'm definitely concerned, particularly with Hennig's departure as she really was Uncharted. She wrote great stories. She will be missed. Having said that, her absence doesn't mean doom and gloom, people move on all the time from all types of companies. Naughty Dog has enough talent to overcome her loss to the franchise. My main concern is over the fact this could mean a reboot of whatever Hennig was working on and the team now going in a completely different direction, meaning the game will not see release for quite some time longer than may have been expected initially. I hope that is not the case. I have no idea who is now heading the Uncharted project. I'm not convinced at all it's Druckman or Straley, as they would presumably be still working on TLOU and it's inevitable sequel, or a new franchise, not to mention the Uncharted movie Druckman is said to be writing the script for.

4 key people have jumped ship in the past month.

Unless it's Halo 5 according to my idiot Sony fanboy friend. "DURRR! THE MUSIC IS GONNA SUCK!"

I think it's too early to say this with any sort of certainty. The signs aren't great, but they could mean nothing at the same time

That's messed up. Sound like a pay cut issue.

Oh GamesRadar you used to be the best sight around now you post speculative garbage like this. How the mighty have fallen.

No, everything is just fine. Writers, producers, artists and directors quit in the middle of projects all the time. Don't you know? I mean everybody knows that a movie or game goes through like 20 directors before its debut...right?

Interesting. Surprised it wasn't "5 Reasons Why Uncharted 4 Could Be In Trouble."

Isn't that usually the type of article they like to spew out daily?

I also hate the "question as a title" thing too

Not only is having a question as a title, lazy and hit-mongering, but it leads people to believe the answer is yes and causes backwards discussion, even if the answer is no.

at this point, who cares. lets wait until game footage, THEN we can rip it apart.

This game will be fine. Even with all the disruptions Sony and Naughty Dog will take their time to do what they need to do. Uncharted is a very important franchise to Sony and to gaming in general. Their are certain games that need to be great to drive other developers/publishers match quality for each generation and I believe Uncharted 4 will be one of those games.

I don't think the game is in trouble. It may be different than it was originally, but still expecting great things.

But it kills me that this was a huge part of the next "Uncharted" cast: https://twitter.com/amy_hen...

And now that's down to just 2.

Hard to say at this point. We don't know why they left could be creative differences. Or maybe they all left for better paying jobs. Work at a successful company and are part of that success people start to want you and offer up big money. Maybe splitting the company into 2 teams created a lot of unwanted pressure. But IMO things don't look good and it worries me

Could this article be a flamebait? Signs point to yes

A perfect example of people who enjoy declaring doom for a game more than actually playing the ones they have.

The people who left...Weren't their parts on UC4 finished...

Yes but stating that would've spoilt the drama of the piece!

Four people out of a team of what 35 to 60 people.im sure the series is fine

QUICK!! SELL YOUR PS4'S EVERYONE!! THEY'RE DOOOOOMMED!! Not, people move around a lot in this industry!

We have absolutely no information to ascertain whether the game is in trouble or not. But considering ND have never released a bad game, I'm pretty sure Uncharted 4 is going to do all right!

Maybe ND have decided to push the game in a different direction, so are starting from scratch? (One of the voice actors from the U4 teaser has left the project as well).

In my opinion Uncharted 3 was a bit boring, and the stories have been pretty predictable. It's basically been the same set of events in all three PS3 games. I love the games but I welcome a change to be honest.

It is Naughty Dog, nothing is in trouble until they tell you.

Agree 0Disagree 0
▼✖-+
SPAMInappropriate
Show all comments (31)
The story is too old to be commented.
60°

What Inspired: The Uncharted Series

There Are Four Ready Player One PlayStation Cameos

Top 10 Most Memorable Moments from the Uncharted Series