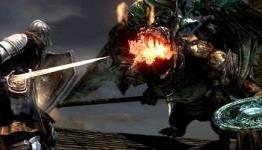 What Does It Take For a Game to 'Cross Over'?

Hardcore Gamer: The near infinite number of subgenres in the gaming world has allowed niches to be created and filled. Beneath the obscurity and limited identities, getting a video game to cater to a wider audience involves a number of tactics, many of which rely on accessibility and apparent gratification. There are so many things that a developer can do wrong to make a game unappealing to a mainstream audience, so many things that have since resulted in new niches appearing down the line. Due to so many subgenres, different categories of games are becoming isolated from each other. A great JRPG isn’t likely to appeal to a fan of traditional, side-scrolling shooters. From these divisions comes a strong desire to stick to the guns. Each subgenre has its own set of rules, principles and beliefs, so it’s rare to see something escape its own obscurity and become something that can earn a significantly higher level of expanded success.

Adhttps://store.steampowered.com/app/1488200/Symphony_of_War_The_Nephilim_Saga/?utm_source=n4g&utm_medium=native&utm_campaign=sow_n4g_native&utm_content=png
- Comments (0)+ Comments (0)
TopNewestOldest
The story is too old to be commented.
80°4

WOW Dragonflight Gets A November Release