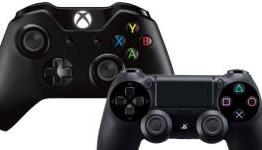 Xbox One And The PlayStation 4: Weirdest. Console. Transition. Ever.

Is it just me or is the current transition to 'next-generation' consoles extremely, extremely weird?

On Kotaku today: news that a new, updated version of The Last of Us, previously a PlayStation 3 exclusive, is en route to the PlayStation 4.

In stores today: an Xbox 360 version of Titanfall. A video game experience that was recently heralded as one of the first 'true' next-generation games. A game that, thanks to some incredible technical wizardry on the part of Bluepoint Games, is near indistinguishable from the supposedly superior Xbox One version.

Officially announced today: a brand new Borderlands game. A 'pre-sequel' currently in development at 2K Australia that isn't appearing on next-generation consoles at all.

In my house today: two next-generation consoles that haven't been turned on once in the last month. An Xbox 360 that I continue to play: Dark Souls II, South Park: The Stick of Truth.

In January the most significant next gen release was a port: an updated version of Tomb Raider. My most played game on the PlayStation 4 so far? Assassin's Creed IV: Black Flag. A game that was released months earlier on the Xbox 360 and PS3.

This generational transition is weird. I can't remember another one like it.

I. Am. Attempting. To. Emphasize. Dramatic. Tension.

I wish we could get our hands on these spammers and pummel them.

I wonder who agreed with the spammer...

You're always telling people off. You literally taking things too seriously. Chill out.

BTW, do all a favor and cut that dam fro of yours. There can only be one don king...we don't need two.

His hair is a bird. Your argument is invalid.

Same as every other generation transition really. I'd say if anything this one is more accelerated than usual, probably because the gap was long, price lower, and the technological leap smaller.

I think we are seeing more remastered version of last gen games because of just how easy it is to develop for these consoles they both have similar architectures to PCs which makes the whole process a lot easier then with the ps3 and 360, if a PC version of gta5 comes out I'm sure a ps4 and Xbox one version will too, got to give both companies credit they built solid machines

That's exactly what I was thinking. And it is funny that TF was referred to as a "true next-gen" title when it's cross-gen. BF4 is also cross-gen and it looks better. Even MGSV.

You have to have install base before any real AAA title are released. Could you imagine GTA releasing with less than 10 million people buying it potential customers?

GTA4 came out at the beginning of last gen.

2008 is pretty much right before the middle of the last gen.

More like the maturing age of the consoles when developers where starting to understand just what they could get out of the ps3 and 360 respectfully , that's also the year mgs 4 came out

Well considering that it would just be a port and not take anywhere near the time and money to do as opposed to making a new game I don't see why they wouldn't. Didn't gta5 sell roughly 16 million copies in its first week on last gen consoles, roughly a game for 10% of 360s and ps3s sold? If that trend continued with the 10+ million new consoles sold that should make at least another million in sales right off the bat and possibly swing more people on the fence into jumping into next gen. I mean come on its gta, the Juggernaut of the gaming industry.

How did I get disagrees. Silly.

The point is is developers hold onto their ace until at least a couple years after a console launches.

The most over hyped yet lackluster console gen yet.

It hasn't been even a year, you wanna talk about bad console starts just look at the ps3 I bought one when they first came out for $700 you know what I had to play for a long period of time resistance and let me tell you the psn in those times was dead quiet good thing I had my 360 to play gears but I say this generation has gotten out to a really good start much better then the ps2s if you are old enough to remember but judging by your statement your prob 14 years old

It's been half a year. What were you really expecting this far in, to call it the most lackluster? What amazed you last round after 6 months? What about the generation before that?

Better than HD remakes of games released within six months on older systems.

Better than HD remakes...? Nope. Sorry. You really must not be old enough to remember. Come back at 12 months from release and say that shit again. Godmars.

"A game that, thanks to some incredible technical wizardry on the part of Bluepoint Games, is near indistinguishable from the supposedly superior Xbox One version."

I stop reading there. That is like saying that Assassin's Creed 4 or Tomb Raider on current gen looks that same as the older gen version.

For me it was easy to see why I should get a PS4, and pre ordering it and getting day one was totally worth while, as they have been hard to find up until recently... If nothing grabs your attention right away it's okay to wait till the next year or even longer to pick up the new generation of consoles. It's okay to let the library of games build, wait for possible redesigns, and price drops. The PS3/360 still have plenty of good years left and loads of games to play. From a developers stand point it be silly to ignore the previous generation of consoles, as they have a much larger install base...I mean the potential to sell a game to 100 million gamers plus, is better than 10 million plus.

Plus if you have a ps3 and a ps+ membership you don't even have to buy games. So you can save up for a ps4.

Can we get a bioshock series remake please?

I hope they focus on this new generation instead of planning for the ps5 and next xbox. Can we get a dedicated 10 years from these brands? I hope to god.

my most played current gen game is resogun and its one of my favorites.

FF14 will probably beat that whenever i can buy it.

Not a thing weird about it. The industry doesn't stop when new hardware releases. The new systems are half a year old, so we're still in that in-between period too. Let's not ignore how much money is involved either. You wouldn't ignore huge markets either if you had the unique opportunity to go after both. The thing that's gotten passed annoying to me if hearing these people who go on about not having turned on their next gen consoles in XX days. Maybe if you didn't buy on impulse with unrealistic expectations, you wouldn't have this embarrassment of riches.

This transition doesn't seem much different from the last...

We're five months in and there's still a ton of cross gen ports...naturally...

That's how companies mitigate risk since install bases of the new consoles are relatively small...

E3 2014 will probably be full of next gen only titles.

Agree 1Disagree 1
▼✖-+
SPAMInappropriate
Show all comments (33)
The story is too old to be commented.
70°Fresh3