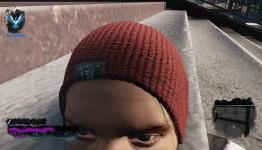 Adhttps://store.steampowered.com/app/1488200/Symphony_of_War_The_Nephilim_Saga/?utm_source=n4g&utm_medium=native&utm_campaign=sow_n4g_native&utm_content=png
- Comments (16)+ Comments (16)
TopNewestOldest
Expand all
The story is too old to be commented.
3226d ago

I was using the Video Gamer (whatever in hell the name of that power is) and I flew right inside a wall. It was pretty neat but it eventually fixed itself.

If you want to see how to to almost get back home glitch check it here.
https://www.youtube.com/wat...

And try it yourself its awesome

Good lord this game has a ton of glitches. Where was the QA for this?

You call yourself a gamer? For shame.

There will always be one butthurt/trolling...

You haven't even played the game! Hwo can you possibly say that just because a few glitch videos have been shown on here?

I played through the game twice and experienced NO glitches or bugs whatsoever. Take your trolling elsewhere you sad little man.

Oh, and btw, you might wanna hop over to YouTube and type in 'Titanfall glitches"....or any other game ever made for that matter.....

Anyone who still thinks they did not cut the graphics down... look at delsin's face, lol sure... very impressive XD
http://i.imgur.com/acxJoKL....
vs
http://www.el33tonline.com/...
Sony Fanboys are the Worst -_-

You need serious help if that is all you can come up with as signs this game was downgraded. Why did you even have to go through the trouble of zooming into Delsins face like that?

It looked like you took a Youtube video and zoomed right into his face to the point where the HUD in the game is super big. Whatever you did, you're not going to fool anyone.

The game was never downgraded. Get over it. Everyone knows this looks and plays great, because the game is released already. They can tell for themselves from youtube videos, streams on Twitch and Ustream etc.

The same couldn't be said of another game that was super hyped, was released in the same month, but on the other console you desperately try to defend.

Here are 2 of my very own in-game screenshots-

Zoom close enough on any game ever made and the graphics will look like poop.

i really like the 2nd image that is a really good capture.