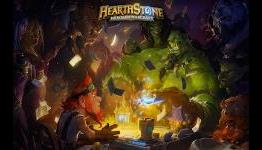 DotMMO writes:"Hearthstone: Heroes of Warcraft is going to be around for years and there’s tons of room for players who want to play it competitively. That said, this is a game for pretty much any kind of gamer and there’s even more room for the type of player who wants to play it just for fun. After all, it’s a game about epic warriors sitting down and playing a game of cards in a pub. That’s pretty hilarious, and I think you’re going to have a lot of fun with it."

Adhttps://www.youtube.com/watch?v=R7HhyEZ2HRo
- Comments (0)+ Comments (0)
TopNewestOldest
The story is too old to be commented.
70°

The one-turn-kill engineer: Clark Hellscream pulls back the curtain on a world of weird

Hearthstone Mercenaries leaves players asking a lot of questions, here are some answers