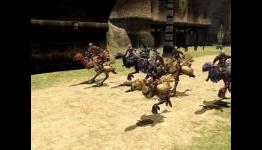 Nearly 12 years after its initial launch, Square Enix’s Final Fantasy XI is one of the few MMORPG’s left that is sustained by a regular monthly subscription. Its popularity has since been usurped by the natural passage of time, a new generation of consoles, and its spiritual successor: Final Fantasy XIV: A Realm Reborn. Despite this, the game has still managed to maintain a significant base of players, along with monthly content updates. FFXIV Director Naoki Yoshida has taken note of this, and has nothing but praise and admiration for the game and its team.

As I am playing 14 right now, I must say I will always have a special place in my heart for 11. Great times.... Great game.

Agreed. FF11 definitely holds a special place for me as well.

I'd like to forget about that deep dark place XI brought me Lol.... Seriously though, not w/o it's flaws but it was a highly addictive and great game. I enjoyed the years I spent playing & it doesn't get much better than a Galkan BLM w/ Serket Ring LMFAO! love the challenges.

Agreed x2. Miss the PS2 HDD days towards the end!

Same I really miss 11, always felt like you accomplished something be it getting max level or during quests. I know people don't agree but I wish they would have just re-released 11 with updated graphics and new features instead of coming out with XIV. Also would have saved them a ton of money since XIV flopped at first and is just now becoming a good game.

I think it's a possibility they still will - though it is a distant one. The PS2 version has essentially been retired outside of Japan, and a UI overhaul is on the way. I'm sure eventually they might drop the PS2 version altogether and upgrade the graphics then.

It's been nearly a month...still can't buy Final Fantasy 14