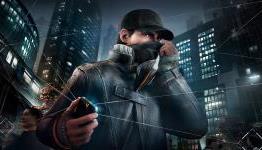 While it’s fantastic that Watch Dogs has a new release date at last (May 27th), the story trailer that accompanied the announcement yesterday is drawing a fair bit of criticism from those who think the delay has made the game look worse, rather than better.

Forum posters on NeoGAF specifically have laid into the game after posting side-by-side comparisons of the most recent footage from what we were shown at E3. In the specific scenes highlighted, the difference is undeniably noticeable.

There are a few explanations for this.

Adhttps://www.releases.com/?utm_source=n4g&utm_medium=native&utm_campaign=c1
- Comments (38)+ Comments (38)
TopNewestOldest
Expand all
The story is too old to be commented.

Don't worry I'm still buying it regardless it's not like you would make it look worse on purpose looking forward to this !

That is not the point. It is false "advertising". And it is not a little toned down, it looks like a PS3/Xbox 360 game now

I'm pretty sure the trailer showcased the 360/PS3 version. Has that not been confirmed?

Well it was leaked first on X360 dashboard. So its possible. As creative director has made the claim that PS4 version will be identical to the E3 demo's graphics. Which if true then there is no need to worry. If not though? hmm.....

What is wrong with this picture? It is 14 minutes of 1080p and it is less that 1.4GB. That is still compressed video. We really have seen almost no uncompressed footage of the game in the past year. When you do you will see this:

It actually hasn't. Which you think would be the first thing they'd do if it was...

Check out the Gamespot Preview, I'm pretty sure the guy says it's PS4.

The gamespot video is the same video all publications are using. I believe it's ps4 footage but NO ONE KNOWS. Also, where does that video look bad at all? The gif everyone is seeing is literally a 2 second part of the video that granted looks bad but the rest of the video looks great. Yet, no one is pointing to the full video just that section where he is hacking the bridge so the lighting is bad. Now every gaming site who HAS NOT played the game is feeding into it. While all the sites who have played it have clearly said the game looks fantastic. Which leads me to my original post gamers are viewed as idiots by all other forms of media and I can see why. We cry and get outraged about stuff we haven't even tried or experienced for ourselves. Look at the ground zeroes crap. Omg it's only 2 hours, when the publication said no the main mission is 2 hours but there are more than just 1 mission. But you said it was only 2 hours I don't want this game anymore. Smh.

Whay they wanna hipe the game with old gen graphics?

The is the PS4 version FACT the button prompts at 1:14 mark prove it's PS4 and his written preview proves its ps4 what more do you dudes need lol just accept it the next gen version looks terrible https://www.youtube.com/wat...

I can't reply anymore after this but please tell me how the link you posted looks terrible. Please explain.

You know the ps3 has the same control scheme as ps4 right? You cant call it fact wjen it could obviously be something else. Also, I agree with s1xt6en, that really doesnt look terrible...the day shot was kinda bare, but the night shot was awesome

The footage is PS4 because the bumpers are pictures as having round edges, and PS3's are squarer.. (apparently, I don't have photographic memory)

Not all gaming companies do the trailer/teaser bait and switch (See MGS V Ground Zeroes which looks awesome and next gen despite being on last gen consoles as well).

Ubisoft was able to destroy 2 years of hype and anticipation within 24 hours because of their E3 2012 trailer trickery.

This makes me worry about the reality of The Division. I was really looking forward to closing that police car door...

They better release a trailer similar to that 2012 one or else them sales will drop.

Yeah, they only hurt themselves when they overshoot with this "proof of concept" footage and then downgrade...

Poor article, which doesn't attempt to understand the downgrade. I'm realistic and new graphics would never look as good as they did at E3. However, they ought to deliver a very good looking game, or folk like me will simply not buy it. They may have alot of publicity, but they haven't got my money.

People disagree bombed me 3 weeks age when I said I was worried about this game. Games just don't up and get 6 months worth of delay that close to launch and the fact that Ubi won't even bother with the WiiU version tells me something is wrong with this game.

Gamers have got to be the dumbest demographic in the world. I'm going to end it there.

Nice racist comment there buddy. Way to lump everyone together and call names.

I agree he is an idiot but how is it racist?

Gamers are a race? Who knew? Can I be our Jesse Jackson and make a living shaking down non-gamers?

I am not buying this game with downgraded graphics.

I don't understand why they showed ps360 footage at all. You would think they would only show next gen footage.

That was Nextgen... If Nextgen looks that bad they should of only advertised the PC version.

My god what the hell have they done to the game lol? I knew it was never gonna look like the E3 footage, but what the bolloks has happened to the graphics? It looks like Vice City on PS2 with a texture pack. And this is a PS4 trailer!

God help the Xbone, PS3 and xbox version if the PS4 looks like this.

I'm scared for the PC version... If the PC version gets that big if a scale back I might as well get it on Wii U because that PS4 footage looks like it was on last gen.

Why did they release that trailer? Why didn't they just make a trailer with the PC version?

all demos since e2 2012 until e3 2013 from Pc version, oh my god man that a scumbag anda cheap movement,shame on you Ubisoft and yeh fuck it I will cancel my pre order!!!!!

Which is better, fitting a well bred engine to a car or designing a car around one. Remember now, each options has it's own strengths & weaknesses.
.
.
Oh... I suppose this applies to Watch Dogs as well.

I miss the weather the most.

I'd rather they drop the resolution down and introduce the graphical effects. 360/PS3 could do 1080p but they didn't for a reason.

That was the most alarming part of the entire Story trailer / Gamespot preview - that there was zero weather effects, when it's been so present in previous footage

How can people say it looks worse? They've only seen small portions of this game up to the point. There likely wasn't a graphics downgrade. It was probably just ran on a PC at E3, which mind you is common practice, especially with a 3rd party game.

I haven't seen the new trailer but if it does look so much worse than before then I think that it's only because the consoles were not capable of running the game before and if they were Ubisoft would not have had to make any changes. Watch_Dogs was announced well before we had any knowledge of these next gen consoles hardware and when they finally were told what the specs were, Ubisoft realized that it would not work. That's the most plausible explanation I could think of and I do not know if it is true. Anybody got anything better?

Hard8times + 11h ago
The is the PS4 version FACT the button prompts at 1:14 mark prove it's PS4 and his written preview proves its ps4 what more do you dudes need lol just accept it the next gen version looks terrible https://www.youtube.com/wat...

Watch Dogs Deserves A Remake, More Than Ever

The Assassin's Creed Watch Dogs Crossover: Should It Happen?